With its release less than three weeks away, StrudioCanal has released four parody posters for the Aardman’s new animated sci-fi comedy adventure A Shaun the Sheep Movie: Farmageddon which pay homage to Gravity, Signs, Under the Skin and 2001: A Space Odyssey; take a look here… When the intergalactic visitor – an impish and adorable […] 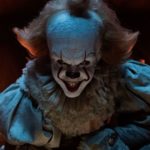 EJ Moreno on the highest-grossing horror movies… In recent years, horror found a place at the box office. The genre finally started to bring in numbers that looked like its cinematic peers. For many years though, the only diehard fans would turn out for horror, rarely making it feel a cinematic event. Of course, there are […] 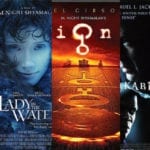 Matt Rodgers on the best M. Night Shyamalan movie moments… With the culmination of his Eastrail 177 trilogy, Glass predicted to break box-office records when it opens later this month, there feels no better time than during this M. Night Shyamalan resurgence to take a look back at the one-time Philly wunderkind’s greatest cinematic moments. Let’s twist again…. […]

Anghus Houvouras on whether there’s still interest in an Unbreakable sequel… In the year 2000 there might not have been a bigger M. Night Shyamalan fan than yours truly. The Sixth Sense was a sucker punch of a movie; I didn’t see the quality or the cultural zeitgeist coming. I remember buying a ticket with […]

Joaquin Phoenix is in talks to star in a new film for director M. Night Shyamalan, which will mark the third time the two have worked together. The new project, which will film in Philadelphia, will see Shyamalan also reunite with producer Jason Blum (Insidious), who he worked with on the upcoming film The Visit. […]