Starting today and running through to 4th February the action is heating up in World of Tanks: Mercenaries as Wargaming announce the arrival of a new game mode that brings heavy duty mechs to the battlefield.  This is a limited time only event and one that is certainly not to miss.  Check these mechs out in the trailer below… 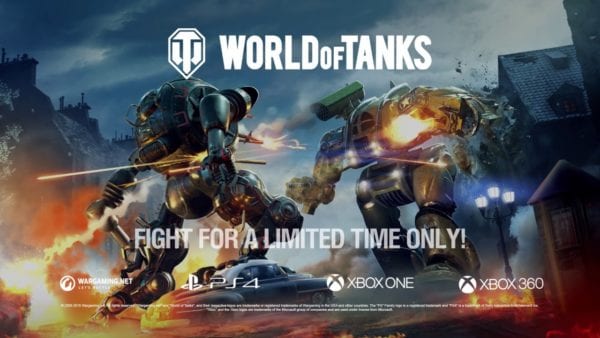 The new Core Breach mode will see players jump behind the controls of one of two devastatingly tough mechs.  These behemoths pack the power of a Panzer platoon and will come equipped with machine guns, lasers and missiles.  This mode is a 4 vs 4 team destruction battle where players will have to work together to bring down the enemy.  Each battle lasts for 8 minutes and being destroyed does NOT mean game over as the mechs can respawn.  Victory is awarded to whichever team has destroyed the most mechs, or in the event of a tie, have caused the most damage.

The two mechs to choose from are the US Iron Soldier and the USSR Steel Comrade, both are equipped with a bevy of weapons that can be used to stomp over the wintry Old River City map and its destructible environment.

The new Core Breach mode will only be available to play until 4th February so don’t miss out.