Last year, Netflix swung the axe on three of its Marvel shows in Daredevil, Iron Fist, and Luke Cage, and now Mike Colter has been speaking about the latter’s cancellation, with the Power Man actor revealing to Comic Book that the news wasn’t entirely unexpected, despite the fact that work was already underway on a third season.

“It kinda did catch me off guard,” said Colter. “I don’t think I was as shocked as most people were because I was a little closer to it. There were some things, some tell tale signs, that were not quite feeling right for me. Although we had an internal pick up, amongst a certain amount of people who were close to the project, and we were moving forward with the writing and writing the group writers room, et cetera. There was a lot of stalling. There was a lot of things that didn’t feel quite right. Then, deadlines. One deadline would come and it would go. Another deadline would come, it would go. There were some things that started to feel a little odd. So, when it happened, I was like, ‘Eh.’ It wasn’t that much of a shock. But yeah, still shock.”

“I don’t know that it’s something that fans can do, necessarily,” he continued, addressing the possibility of a revival off the back of strong fan support. “I think it’s a real network/studio thing. I think it’ll resolve itself, one way or the other. There just needs to be some time. Maybe I’m wrong. Maybe that’s it. But I don’t think the fans… as much as the fans — the outpouring of the fans is very touching and well received and it’d be appreciated — I don’t think it’s gonna make anything happen, but it’s nice to know that. I think, ultimately, if it comes back, it’ll probably come back because of the fans demand for it. I don’t think that their work is going in vain. It just may not happen as soon as they want it to.”

Fans have been hoping that Disney’s upcoming streaming service Disney+ could revive the cancelled series, and while Disney+ chief Kevin Mayer has stated that it is “a possibility”, the platform is already developing a number of original Marvel shows through Marvel Studios, including Loki, Vision and the Scarlet Witch, and Falcon and the Winter Soldier.

Meanwhile, it’s also been reported that Netflix’s contracts with its Marvel cast members prohibit them from reprising their roles for two years following cancellation, which would presumably make things very difficult for Disney+ or any other outlet in terms of getting the cast and crews of each show back together without any major scheduling issues with talent. Still, at least no one is ruling anything out so far, so we can continue to hope… 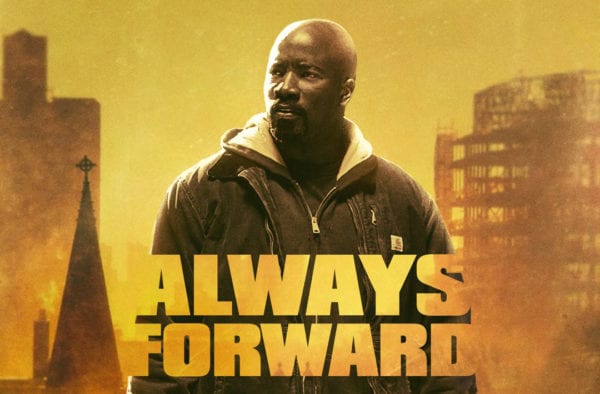