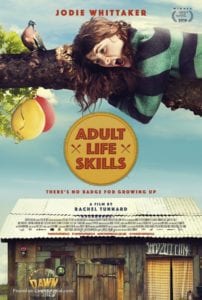 A woman on the cusp of turning 30 is told she cannot continue to live in the shed in her mother’s back garden, which has been her home since the death of her twin brother. 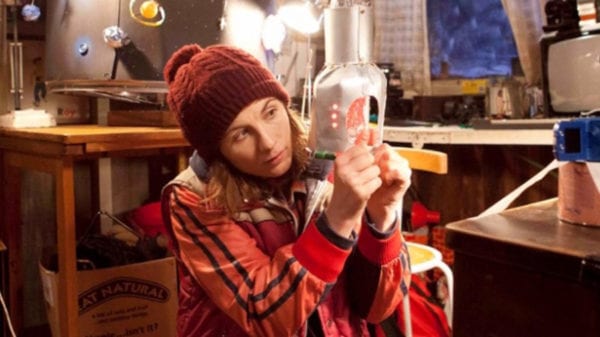 If you’re reading this in the UK, you’d be forgiven for thinking that Adult Life Skills came out a long time ago – and it did. However, it has never received a release in the USA until now, presumably driven by the newfound fame of leading lady Jodie Whittaker since she nabbed the title role in Doctor Who. Another run of prominence for the film can only be a good thing, though, as it’s a little British gem that’s well worth catching, whatever side of the Atlantic you call home.

This is Whittaker’s movie, playing 29-year-old Anna as a woman who entered something of an arrested development when her twin brother died. She lives in a cluttered shed behind her mother’s house and splits her time between working at an outdoor adventure park and making odd videos with her thumbs, which call back to the offbeat self-help clips she used to upload online with her brother. Whittaker is excellent as someone who seems to have been emptied inside by grief and trauma, existing with her head permanently held down, as if emphasising her self-imposed exile. The return of a school friend (Rachael Deering) and the romantic advances of a socially awkward estate agent (Brett Goldstein) do nothing to break her rut. 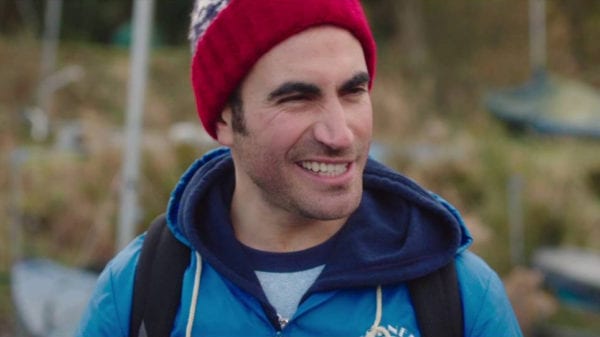 Her routine is, however, threatened by her mother. Portrayed with exasperated venom by Lorraine Ashbourne as a woman who believes “only a sociopath” would put mugs on the bottom shelf of a dishwasher, she issues an ultimatum that Anna must move out by her 30th birthday. Eileen Davies, meanwhile, provides many of the comic highlights as Anna’s surprisingly sex-positive grandmother. During a viewing of one particularly grotty flat, she deadpans that it’s so off-putting to men that Anna’s “hymen will grow back” if she moves in. Goldstein has a lot of fun too, indulging the actor’s own cinephile instincts with anecdotes about Stanley Kubrick and the “everyday sexism” of Grease.

If none of this seems like a particularly propulsive engine to drive a movie, that’s because there isn’t much propulsion to its storytelling. Writer-director Rachel Tunnard is heavily invested in having the structure of her movie mirror the disorder and melancholia of Anna’s existence. The result is something that’s narratively rambling and freewheeling, but benefits from fun performances and the touching chemistry between Whittaker and eight-year-old Ozzy Myers, who plays a cowboy-obsessed kid with whom Anna bonds.

The movie clings tightly to Whittaker, though, and benefits from her inherent charisma. The scenes of her thumb-based videos have real charm and silliness, whether she’s discussing Greek mythology or questioning the moral nihilism of Yogi Bear. Tunnard cleverly imbues even these scenes with the movie’s trademark melancholy feel, as we never lose sight of the fact that these videos are Anna’s link to her brother and are a further symptom of her sadness, as amusing as they are. 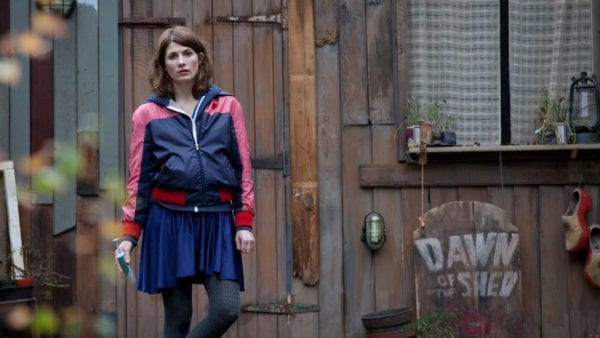 Despite the impressive performances and the believably grim Yorkshire setting, Adult Life Skills is rather lacking in a final punch. For a moment, it hints that it’s set to segue into all-out darkness, but pulls back for a conclusion that’s a little too twee and neat. The slightly sickly conclusion, though, doesn’t detract from what is a hugely enjoyable film that has at its heart a terrific performance by Jodie Whittaker.