Ahead of its arrival on Netflix next Friday, a new poster and trailer have been released for the second season of the comedy series Friends from College which stars Keegan-Michael Key, Cobie Smulders, Annie Parisse, Nat Faxon, Fred Savage, Jae Suh Park, and Billy Eichner; take a look here… 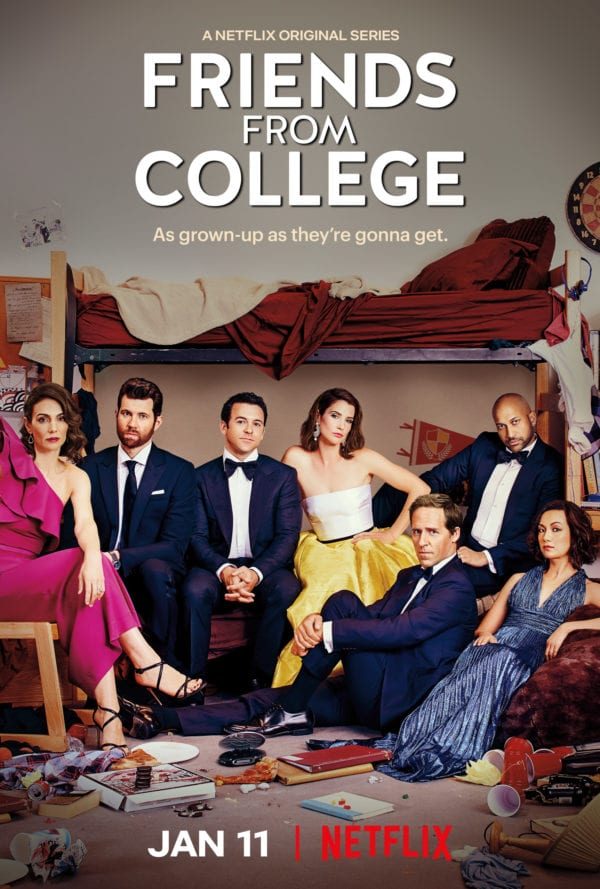 In Season 2, It’s been a year since Ethan & Sam’s affair was exposed to the 4 other friends – including Lisa, Ethan’s wife – and the friend group is still fractured. No one has heard from Lisa, Ethan has been living a repentant year of writing a YA novel, and Sam has been trying to repair her marriage with her husband Jon.

But with Max’s wedding coming up, the friends won’t be able to avoid each other much longer. Between the engagement party, bachelor party, and wedding, the six will have to overcome the destruction in their past and figure out how to function as a friend group again. Will they be able to move forward or will they regress back to their old destructive patterns once again?

Friends from College season 2 arrives on Netflix on January 11th.