To celebrate the upcoming Chinese New Year, Overwatch is ringing in The Year of the Pig in its own unique style with a brand new seasonal event.  Running until 18th February, players will be able to collect new cosmetic items, new skins, take part in a seasonal game mode and battle it out over the returning New Year themed maps.  To see what you could be missing, check out the new trailer below… 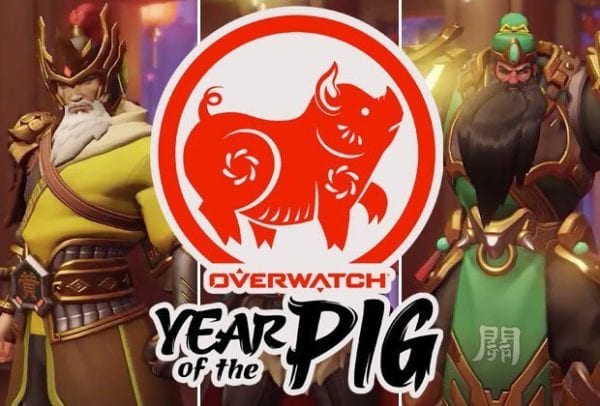 The Year of the Pig seasonal event will give players the opportunity to collect hundreds of themed seasonal cosmetic items, including brand new skins like Lü Bu Reaper, Guan Yu Reinhardt, Zhuge Liang Zenyatta, Hong Gildong Tracer, Zhang Fei Torbjörn, Huang Zhong Hanzo, Sanye Orisa and General Brigitte.  There will also be plenty of items from previous Lunar New Year events which will be available to unlock for a discounted credit price.

As well as a huge variety of new items to collect, the event will bring a New Year inspired version of the Capture the Flag game mode set in a very festive looking Busan.  Plus, players will be able to battle it out on the previous Lunar New Year themed maps: Ayutthaya and Lijang Tower.

The Year of the Pig seasonal event runs until 18th February so get playing now.