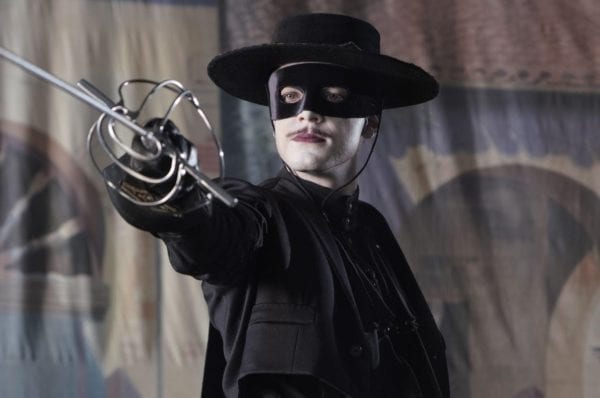 There is something iconic happening this week which was last done in 1989 by Tim Burton. Not for an age has the neon sign of Ace Chemicals been so front and centre. For anyone who remains a fan of comic books this is the pivotal moment of transformation that has forever defined a certain character for many. Everything else is a precursor, everything else is window dressing it is time for the clown prince of crime to step up. Unfortunately for us there is the small matter of other people being provided for this week, which does nothing but whet our appetites for that main event.

Of all the segues, sub-plots and minor distractions which fill those other minutes there are a number worth mentioning. Firstly there is the strange love triangle between Barbara, Lee and Jim Gordon which only comes across as absurd, considering that each one should have killed the other by now. Then we have the re-emergence of Jervis Tetch who shows up with his pocket watch to aid Valeska in his diabolical scheme. A token gesture in his top hat Tetch feels more like plot device than anything more meaningful, however he is nothing if not diverting. Other alliances fluctuate as normal with Kat teaming with Barbara, Ed teaming with Penguin and incurring wrath from both ladies. 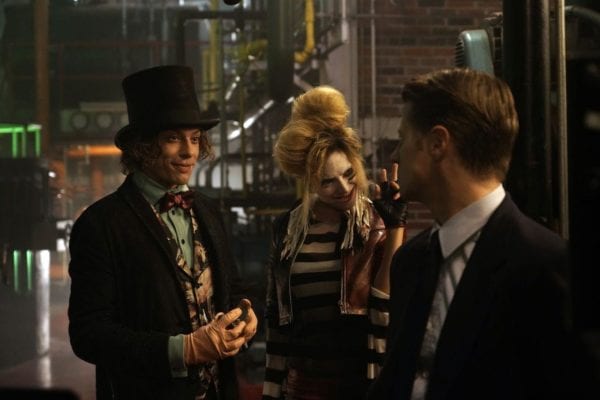 Pay no mind to the firework gas bombs or nightmare re-enactment of Thomas and Martha Wayne’s murder. These are lacking in gravitas even when stakes are raised half way through. For the audience going forward it will be Valeska’s re-emergence from a coma and facial scarring which will haunt people for weeks to come. Recent leaks of his final transformation were on-line and do not disappoint. Beneath that make-up Monaghan is sure to have crafted something special to raise the bar still further for his portrayal.

With swashbuckling homages in a five minute black and white cinema projection, there is still some fun being had with form and function during these final episodes. Gotham is entrenched in formula but has the freedom to cast off those manacles for this last season as all bets are off. As Bane and his arrival still feel so far away you have to wonder whether these writers will provide the character with the depth he deserves. If not there should be no cause for concern as The Joker is finally coming home.