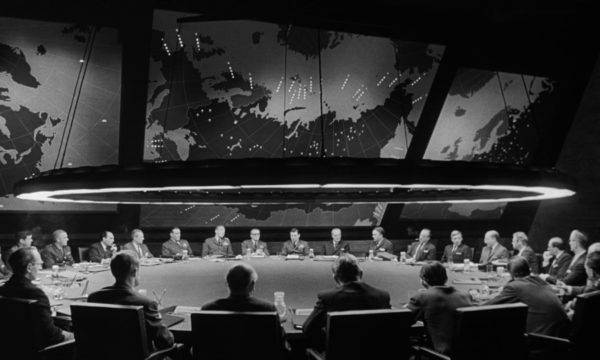 Perhaps Seller’s strongest performance of the three is that of Merkin Muffley, the increasingly exacerbated (and suggestively named) US President forced to deal with the gravest of crises. The great skill with this particular performance is that Seller’s plays it with a straight face, almost like the character been dropped in from a more dramatic film. However, it’s because Sellers plays the role straight that the character’s situation becomes all the more absurd, with the serious and straight-faced delivery often making already funny lines sound all the more hilarious such as the now iconic “gentlemen you can’t fight in here this is the War Room”.

Undoubtedly the funniest scene of the whole film is when the President attempts to talk to the (very drunk) Soviet leader on the phone to inform him of the situation. However, instead of sounding like a conversation between world leaders, it instead sounds more like a husband having a difficult talk with his spouse.

Sellers also excels in the role of RAF Captain Lionel Mandrake, a classic upper-class British officer complete with a quintessential “old bean” demeanour and manner of speech and a truly spiffing moustache to boot. While it is perhaps the most overlooked of the three performances, Mandrake works as a great reluctant straight man to the increasingly deranged antics of the American General Ripper, with the two being a bizarre heavily armed double act for much of the film. 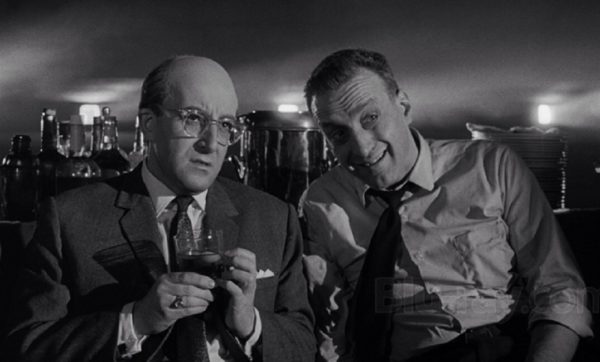 Of course, we can’t avoid talking about the title character, a bizarre cartoonish German scientist that Sellers uses to really misbehave, whether it be in battling his seemingly sentient Nazi saluting arm to the death, or accidentally letting slip with “it isn’t difficult Mein Fuhrer…..I mean Mr President”. It’s a very funny and subtly dark performance that almost steals the whole film, thus making Seller’s one of the rare actors who could steal the show from himself.

We also have to give kudos to George C. Scott for his performance as General Turgidson, a wildly over the top character who flails around the War Room like a child while worrying about the Soviet ambassador entering the War Room because he’ll “see the big board”. And that’s just when he isn’t taking hushed phone calls from his mistress when his mind should be on possible nuclear Armageddon. It’s a performance that’s made all the funnier when you discover that Kubrick tricked the actor into playing it that way, asking Scott to play the part in an over the top fashion for “practice takes” with the director then using them in the final film without letting the actor know. 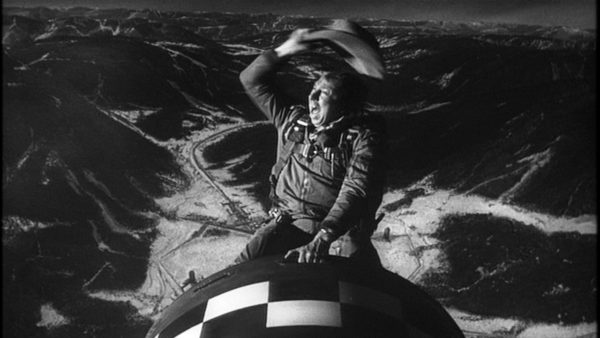 A blisteringly funny and terrifying satire on the stupidity of nuclear war and the idiots who might cause it led by a masterful triple performance from Peter Sellers demonstrating why he is so rightly celebrated, Dr Strangelove is easily the funniest film about impending nuclear apocalypse and it’s my pick as the Best Picture of 1964.