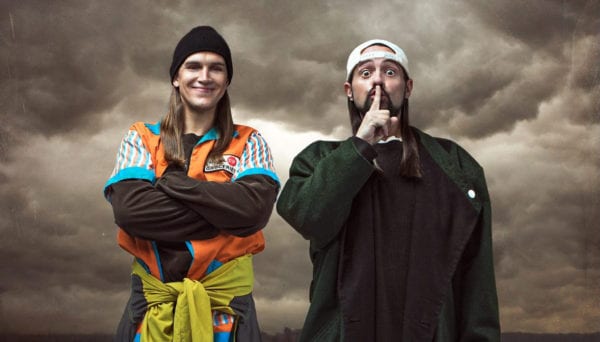 Kevin Smith had two reasons to celebrate yesterday; it was the one year anniversary of his near-fatal heart-attack – “I couldn’t help but feel relief when the “In Memoriam” montage ended and I wasn’t in it” – and as a result of surviving that scare he was “living it up“ on day one of production on the Jay and Silent Bob Reboot, which he marked with this Instagram selfie featuring his slacker sidekick Jason Mewes, and View Askew regular Jason Lee.

One year ago today, I almost died. So today, I’m living it up on with @jaymewes and Jason Lee on Day 1 of my new flick @jayandsilentbob Reboot! Thanks to @saban_films and Universal for the loot to make this epic, @jordanmonsanto and @destrofilms for making it happen, @jenschwalbach and @harleyquinnsmith for humoring my goofy bullshit one more time, and #jasonmewes for standing beside me all these years while I do the hardest thing I can personally ever do, either in film or in real life: simply shut the fuck up. I couldn’t think of a better scene with which to start the shoot than the return to the Mall with Brodie Bruce. The three of us gathered for a couple hours last night to run the lines and realized we first rehearsed together waaaaay back in the mid-90’s. It may be 24 years later and we may have 6 kids between us, but Jay, Lee and me partied like it was 1995, giggling while adding jokes and finding inflections. The Oscars were on in the background during our practice and I couldn’t help but feel relief when the “In Memoriam” montage ended and I wasn’t in it. We picked 2/25 as the Reboot start date *intentionally*, to celebrate the fact that I did not become Silent Bob forever 365 days ago. But after a blissful couple hours of making pretend with my friends on the set of my 14th film, I’m starting to think I *did* die in that operating room after all. Because what could be more Heavenly than this? #KevinSmith #jayandsilentbob #jayandsilentbobreboot #jasonlee #jaymewes #neworleans #brodiebruce #wwambassador #movie

Jay and Silent Bob Reboot is a follow-up to 2001’s Jay and Silent Bob Strike Back, and will see the stoner duo returning to Hollywood as they attempt to prevent a reboot of the Bluntman and Chronic movie from Strike Back being made. It will reunite Smith with his pal Jason Mewes, along with a number of familiar faces through the View Askewniverse and new cameos “from the worlds of movies, TV, music, and podcasting.”

Saban Films will release the movie theatrically in the US, while Universal Pictures Home Entertainment Content Group will handle the overseas distribution. 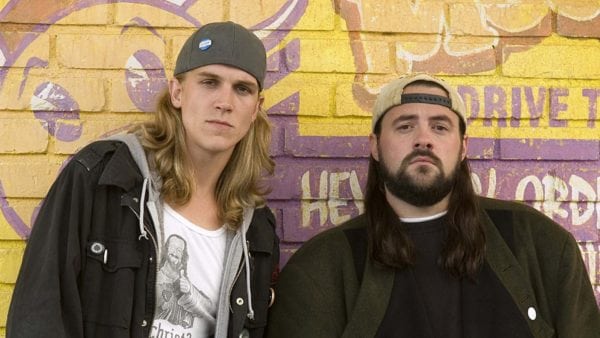