World of Tanks made its debut on the Xbox 360 console five years ago today and to celebrate this momentous occasion Wargaming will be giving tank commanders the opportunity to take part in in-game events, take advantage of huge discounts and win prizes.  There’s also a free tank for anyone who fights one battle between 12th to 18th February. 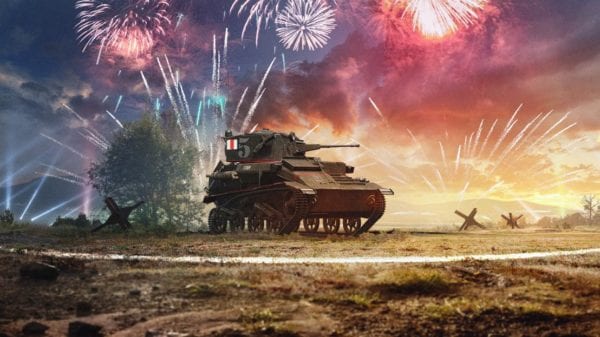 Talking of tanks, two new tanks are rolling out of production, the French AMX Canon d’assaut de 105 tank destroyer and the Soviet T-VI-100 hybrid tank based on blueprints that included a captured German tank fitted with a powerful new weapon.

Wargaming are offering huge discounts during the celebrations, with up to 75% off anniversary collections of the best vehicles released to date, free XP to Crew XP conversion and a generous 20% discounts on Gold to Silver exchanges in the Store.

If all this wasn’t enough there’s going to be lots of prizes up for grabs.  In partnership with Initial Games and Incredible Adventures, Wargaming are giving players who visit the official website the chance to win exclusive game merchandise and even a one-of-a-kind custom Xbox One X or Playstation 4.

Join in the celebrations on World of Tanks: Mercenaries.