Just a week after its second season premiere, America Gods has already been renewed by Starz for a third season. Not only that, but a new showrunner for the series has been found in Charlie ‘Chic’ Eglee. He is best know for his work on FX’s The Shield, though some of his other jobs have been in Dexter‘s third and fourth seasons as well as the inaugural season of The Walking Dead.

The move comes after the departure of the series’ previous showrunners. Bryan Fuller and Michael Green originally brought Neil Gaiman’s novel to television, but they were let go by Starz after the first season and replaced by Jesse Alexander, one of Fuller’s frequent collaborators. However, Alexander was also fired just before the second season really started production due, also due to creative differences, which forced author Neil Gaiman to take matters into his own hands and showrun the season as well as executive producer. Gaiman couldn’t stay fully onboard though as he was working on Amazon’s Good Omens, another of Gaiman’s work adapted which he is also executive producing.

“Audiences continue to worship at the altar of American Gods and we are excited to be able to announce to all the true believers that there is more of this fantastical series to come,” said  Starz programming boss Carmi Zlotnik. “With Chic at the helm, the invaluable insight and contributions of Neil Gaiman and the undeniable talent of this dedicated cast and crew, we know that the show will continue to deliver on the vision and promise laid out in the novel.” 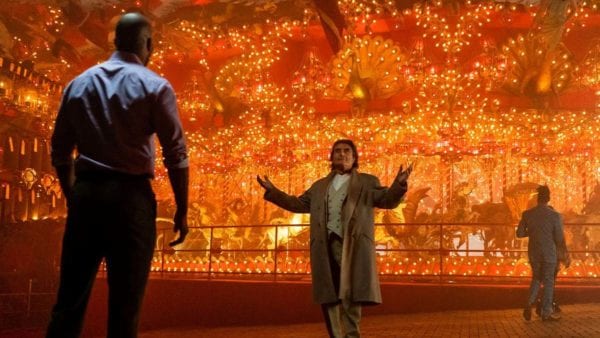 “I’m thrilled American Gods has been renewed for a third season, and even more thrilled that I’m getting to work on it with Chic Eglee,” Gaiman said of the renewal and Eglee’s hiring. “Chic is the best partner-in-crime. We’ve been working for weeks now on the shape of the season and I’m delighted that he gets to carry the American Gods torch on to glory. Thank you to Fremantle, Starz and Amazon for having faith in the series, to Bryan, Michael and Jesse for bringing it this far, to all the cast and crew, and most of all to the viewers. It’s their love of the characters that took us to this point, and will take us on to the next chapter.”

When Shadow Moon is released from prison, he meets the mysterious Mr. Wednesday, and a storm begins to brew. Little does Shadow know, this storm will change the course of his entire life. Left adrift by the recent, tragic death of his wife, and suddenly hired as Mr. Wednesday’s bodyguard, Shadow finds himself in the center of a world that he struggles to understand. It’s a world where magic is real, where the Old Gods fear both irrelevance and the growing power of the New Gods, like Technology and Media. Mr. Wednesday seeks to build a coalition of Old Gods to defend their existence in this new America and reclaim some of the influence that they’ve lost. As Shadow travels across the country with Mr. Wednesday, he struggles to accept this new reality and his place in it.

A council at the House on the Rock explodes into chaos, sending deities both Old and New on quests across America that will converge on Cairo, Illinois: forcing Shadow to carve out a place as a believer in this strange new world of living gods — a dark world where change demands commitment and faith requires terrible sacrifice. 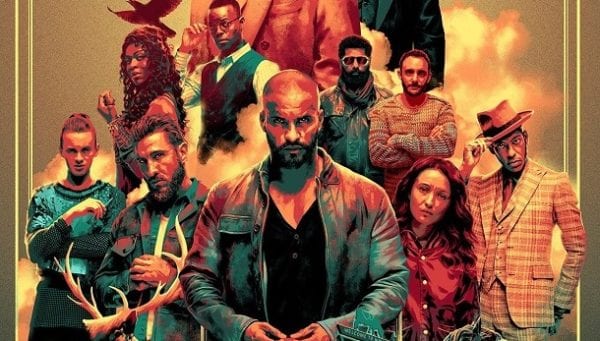