Signature Entertainment has unveiled a poster and trailer for the animated family adventure film Spy Cat ahead of its UK release next month; check them out here, along with the official synopsis… 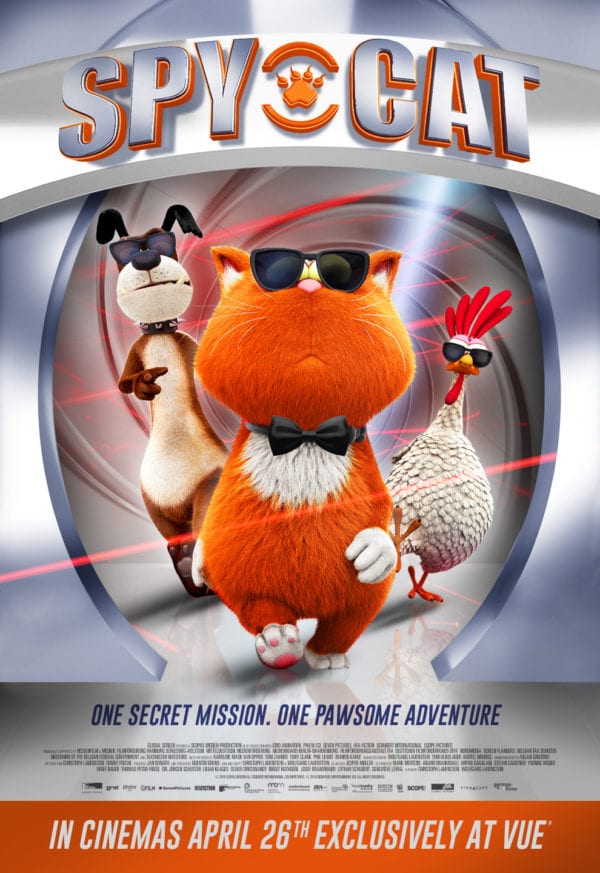 Four crazy anti-heroes, one pawsome adventure! Join Special Agent Marnie and her friends as they team up and fight crime in this hilarious and heart-warming family adventure.

Spoiled and innocent, chubby house cat Marnie lives a comfortable and pampered life in the Sunshine household. She has never ventured outside the family home and only knows about the real world through her favourite detective, crime TV-shows. When Paul, who can’t stand his sister’s spoiled pet, abandons Marnie at a rural petrol station she comes across a loyal band of drifters who join forces to capture a notorious, local gang of petty thieves.

Spy Cat is released in the UK exclusively in Vue cinemas from April 26th 2019.