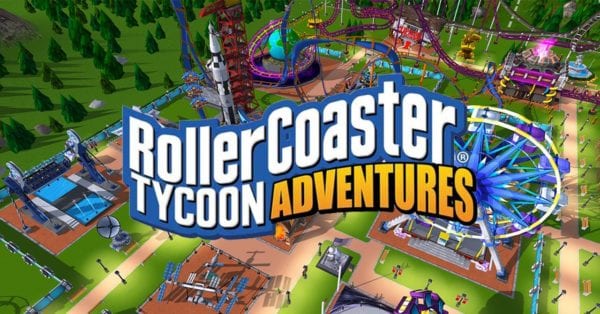 RollerCoaster Tycoon Adventures will give players the opportunity to create their own theme parks through three distinct game modes: Adventure Mode (Campaign mode), Scenarios and Sandbox. Each of these three modes will allow players to build over 120 exciting and wacky rides, restaurants and shops.  There’s also an intuitive coaster builder that will allow players to create exciting roller coasters easily and quickly.  Budding theme park managers will have access to four uniquely themed environments with the addition of water and terraforming options that will ensure each park is unique.

“We couldn’t be more excited to partner with the Epic Games store to bring this new casual entry in Chris Sawyer’s beloved RollerCoaster Tycoon series to its birthplace on Windows PC,” said Jean-Marcel Nicolai, Chief Operating Officer, Atari. “RollerCoaster Tycoon Adventures is a fantastic entry point in the series for players of all ages and skill levels, and it’s now further accessible to fans on Windows PC. The Epic Games store is a fantastic new platform for creators and players alike, and we’re honored to begin our support of it with RollerCoaster Tycoon Adventures.”

While we’re talking about theme parks, who remember Theme Park for the Commodore Amiga from the classic days of gaming?  If you want to talk about retro gaming then join us on Twitter @FMyth_Gaming.