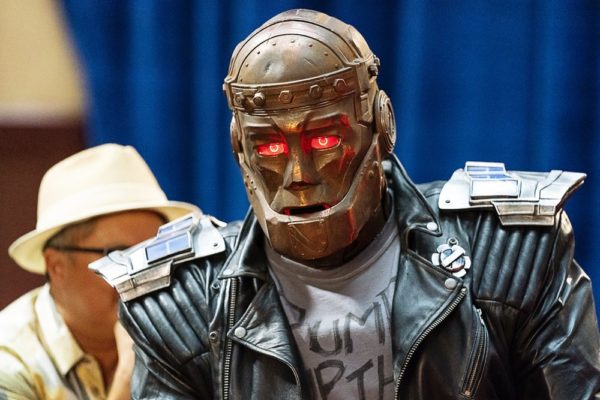 Our titular motley crew are right back where they started. The shenanigans involving the devious Mr. Nobody and his vortex of mischief served only as a transitory period of torment for our heroes. Nothing new was gleamed by tumbling down that particular rabbit-hole (or Donkey’s throat in this instance). The whereabouts of our good Doctor still remain unknown. Hoping to find some answers our band of misfits retrace their steps back to Doom Manor. Robotman and Elasti-Woman comb through Dr. Caldwell’s personal effects where they stumble across a faded B & W photograph of a familiar donkey posing in a suburban backdrop with the words ‘Paraguay 1948’ scribbled behind. Cyborg reveals Mr. Nobody’s real name and asserts, that in Paraguay they will find the answers they seek. 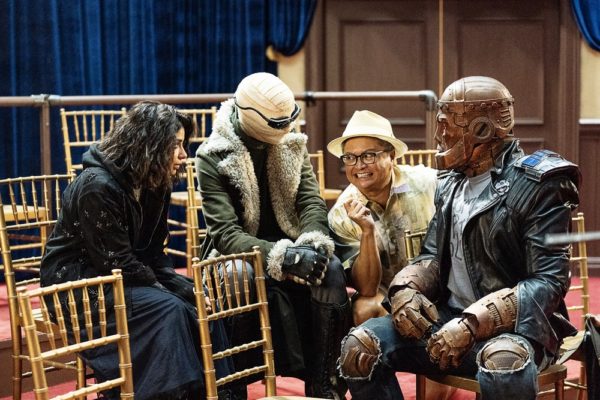 After promises of a private jet goes awry, Cyborg is forced to settle for a less than satisfactory mode of transportation for his friends. A priceless road-trip ensues. Along the way, Larry’s entity throws a temper tantrum and sabotages their jalopy, stranding them in the middle of nowhere. They crash at a local motel for the night and following a heated altercation the next morning Crazy Jane teleports herself to Paraguay along with Cliff and Larry, leaving behind Rita and Cyborg. There, our oddball trio bump into the overenthusiastic Steve (Alec Mapa), and together they travel to ‘Fuchtopia.’

During the institute’s ‘Orientation’ it is revealed that Dr. Cauldwell was present during Eric Morden’s transformation into Mr. Nobody and that Dr. Heinrich von Fuchs (Julian Richings) is still alive and kicking. Reeling from this revelation our protagonists try to infiltrate Fuchtopia pretending to be individuals seeking meta-physical enhancements. One thing leads to another and a hilarious blood-splattering tussle involving Robotman and Crazy Jane follows. They decimate Von Fuchs minions and reduce all of Fuchtopia into a heap of smoldering rubble. The episode concludes with Steve emerging from a now damaged transformation chamber, having completed his metamorphosis into… Animal-Vegetable-Mineral Man! 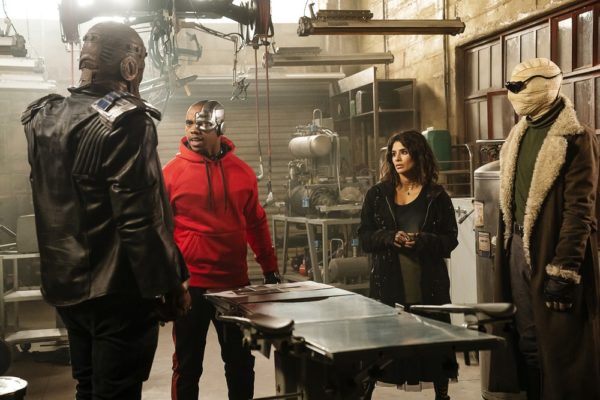 Early on in the narrative we find a withdrawn Cyborg scanning the grid to gather intel on Mr. Nobody. Simultaneously, he keeps revisiting the video footage of the fateful night his mother died. He is in a constant state of doubt as to whether or not the footage has been tampered with. Whilst trusting his father- Silas Stone – wholeheartedly he harbors an underlying suspicion but never voices them out loud. During the course of the episode we find just how manipulative Silas is, controlling all aspects of Victors’ life like some overbearing soccer dad; even going to the extent of eavesdropping on his son. The series will undoubtedly explore how Victor’s maturity as an individual will affect this father-son dynamic. Three episodes in, I already sense their relationship fracturing and the seeds of doubt taking root. 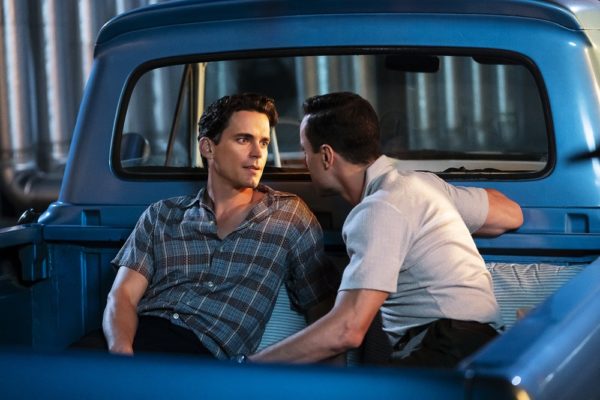 Now don’t get me wrong. Although I’ve barely mentioned Larry Trainor/Negative Man in my review, a large chunk of this episode is dedicated to him. We delve into his backstory which is explored through flashbacks. Although the narrative sounds familiar Matt Bomer’s performance adds gravitas to those familiar story beats. Being an active LGBT rights activist himself, Bomer excels at emoting the pain and conflict of a man unable to embrace who he really is. Denying his natural tendencies, he instead opts to become a poster-boy for the very country that will one day demonize his kind. The tragic accident in space leads to the subsequent estrangement of Larry from the ones he loves. Permanently scarred without and broken within, Larry curses his very existence and the parasitic entity residing inside him. His deepest fear becomes a reality as the World gradually turns away from him, in fear. The very people whose approval he tried to win, now see him as a monster. There is a stark difference between the quippy Larry Trainor introduced to us in Titans and the conflicted darker version presented to us in Doom Patrol. This discrepancy is never explained but there’s no need to- the current incarnation is vastly superior in every way.