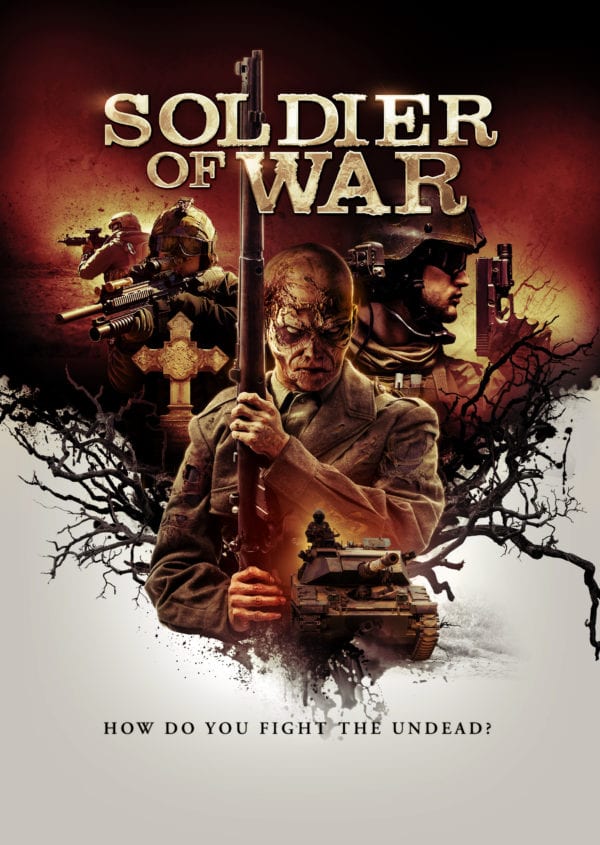 Two young boys discover an abandoned military bunker in the woods, now they have unintentionally released the spirit of a World War II auxiliary soldier who believes the Nazis have landed. 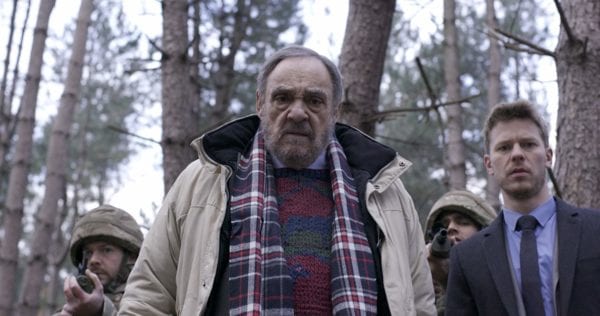 Admittedly, low budget British horror film usually doesn’t catch my attention, but I was pleasantly surprised at how much I was enjoying Soldier of War at the start. It’s atmospheric, suspenseful, and welcome to see an overused concept given a new breath of fresh air. However, it ultimately fails in its execution – making the entire film forgettable.

Helmed by producer and director, John Adams (Vengeance), Soldier of War starts off hitting the right notes – plenty of creepy scenes and gory kills. The two teenage boys, Vince and Archie, are hunting a rabbit in the woods discover a well-hidden hatch leading to a well-preserved military bunker, filled to the brim with weapons and enough explosives to level the town. Once the boys enter the bunker, they quickly realise its abandoned… but not empty. Shockingly, one of the boys is suddenly dragged into the darkness by an unseen figure. This is what exactly what I wanted to see – until the other boy gets (almost comically) run over by a passing car. As one child is presumable dead, the other in a medically induced coma and the body count rising, the police continuously hit roadblocks on their investigation to discover the culprit behind these murders. 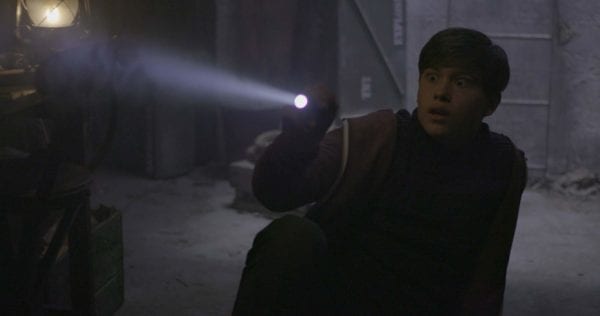 One of the biggest problems with Soldier of War is the countless meaningless scenes and the abundance of exposition crammed into its 80 minute runtime. For every beautifully shot sequence, we get several scenes of characters over-explaining every small detail or yet another nameless character being brutally murdered as they fail to acknowledge something standing right behind them or clearly visible in front of them. This is further fuelled by the unique, yet utterly bizarre motivation of the undead soldier who mistakenly believes the police are former German soldiers who successfully invaded the UK back in World War II.

However, there is only so many police you can witness being brutally murdered until it desensitises your experience. To counteract this, the film decides to cut to a couple making out in a car who fall victim to the killer stabbing his knife through the roof of the car. This could have been an impactful scare if it wasn’t so ridiculous that the scene made me laugh uncontrollably. The couple clearly had enough time to get out of the car and run for their lives – instead they watch the knife cut through the roof of the car, putting on a ridiculous scream until the zombie manages to kill them both. I’m all for horror tropes but this was just absurd.

To its credit, Soldier of War, has some memorable performances from Tristam Summers as Unwin, Rosie Fellner as Samantha Huntley, and ‘The Lord of the Rings’ own John Rhys Davies as Jack, are the clear highlights. Although, Jack spends most of the film in a care home, he has a respectable and emotional speech by the end. Unfortunately, the same can’t be said for the rest of the cast who have little to no emotion in their delivery or are clearly just memorising a script. The main culprit is Paul Reynolds as DI Reed, who is written as a comedic police office, but all of the humour falls flat, and he comes across as a pathetic and incompetent police officer.

Except for the fact that the killer is obviously a man in a zombie mask, the practical effects were surprisingly delightful – especially the sizeable explosions throughout. However, the CGI gory violence was a massive letdown. Instead of guts spilling out of the victims, the realism is ruined by CGI that would have fitted neatly into the PlayStation 1 generation. 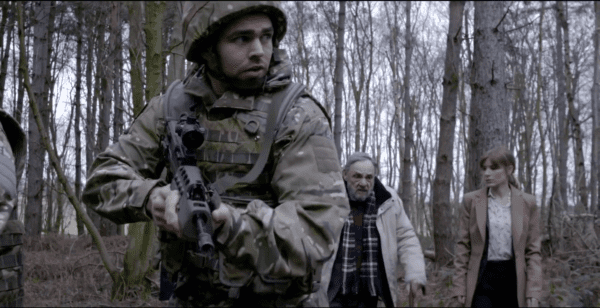 Soldier of War started off as an enjoyable zombie/slasher thriller, but once the film got into full swing, I found it difficult to care about what was occurring on screen. There was some genuinely creepy scenes and some great performances, but by the end, I found the film completely forgettable. Unless you’re a die-hard fan of low budget British horror or looking for something cheesy to watch on a Friday night, I wouldn’t recommend this film.