Ahead of its home entertainment release this May, Lionsgate has revealed a poster and trailer for directors Tim McCann and Ingo Vollkammer’s upcoming crime thriller American Exit. The film stars Dane Cook as a desperate father on the run with his son (Levi Miller) after he steals a million-dollar painting, and also features Udo Kier, Claire Van der Boom and John Savage in its cast. 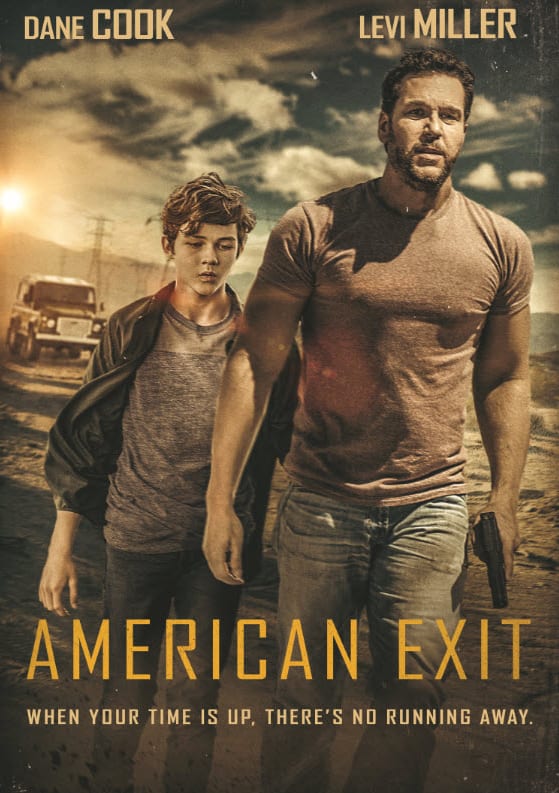 Based on an incredible true story, this searing crime-thriller stars Dane Cook (Good Luck Chuck) as Charlie, a desperate father who steals a million-dollar painting from Anton (Udo Kier, Blade), a shady art dealer. With time running out, he flees to the California desert with his rebellious teen son, Leo (Levi Miller, Pan). But when Anton and his henchman come seeking revenge, the situation explodes into violence, and suddenly Charlie is not the only one whose days may be numbered.

American Exit is set for release on May 14th.