Voldemort actor Ralph Fiennes has revealed that he wouldn’t say no to playing the character again in a Fantastic Beasts movie. 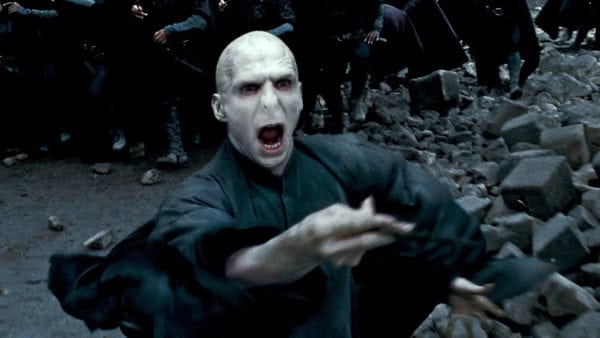 Voldemort is certainly one of the most iconic villains in recent movie history and the man behind the character, Ralph Fiennes, certainly has a lot do with that. Bringing a true horror element to the Harry Potter franchise, Voldemort is a face that fans won’t forget any time soon.

But would Fiennes consider playing the character again? Perhaps in a future Fantastic Beasts sequel? Well, the actor isn’t ruling it out in a recent interview with The Express:

“Well, there are variants, aren’t there? Fantastic Beasts and things. I feel a kind of affection for Voldemort. So if there was a world in which Voldemort came back, I would be very possessive about wanting to reprise that.”

Fiennes clearly feels a certain level of ownership over the character and wouldn’t want to see another actor take up the part if the opportunity came up. Would you like to see this happen? Let us know in the comments below or tweet us @FlickeringMyth…