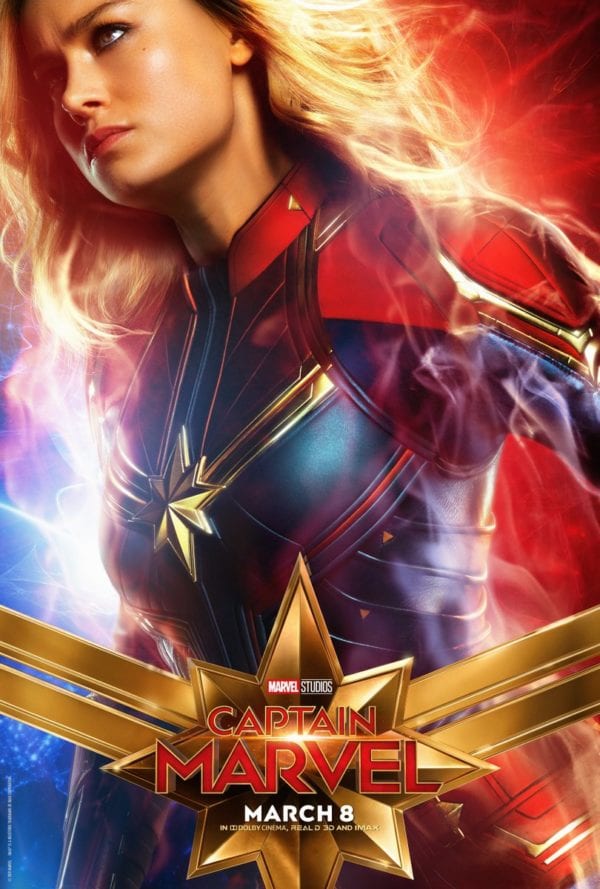 While in training to be a Kree warrior, an intergalactic race of militaristic soldiers from the planet Hala, Carol Danvers (Brie Larson) crash lands on 90’s Earth, only to find herself caught up an invasion by an alien race called the Skrulls. 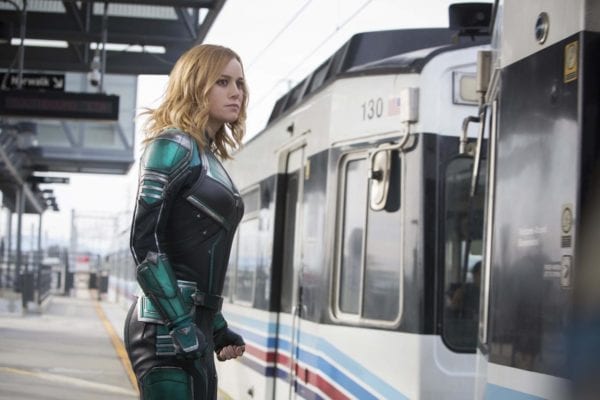 Captain Marvel is a milestone movie in more ways than one; it heralds the long overdue arrival of a female driven installment of the Marvel Cinematic Universe, and as anyone/everyone familiar with the Avengers: Infinity War credit sting will know, is an integral piece of the grand design jigsaw puzzle before Avengers: Endgame lands.

All of this would be for nothing if what Nick Fury had summoned with his pager before he got dusted turned out to be more Thor: The Dark World than Winter Soldier, but the good news is that Thanos had better start trembling in his giant golden boots, because this is a weird, wonderful, oddity of an origin story, which surprisingly for a franchise twenty films deep, somehow manages to feel quite unlike anything in the series so far, ingeniously and seamlessly slotting into the fabric of the MCU. 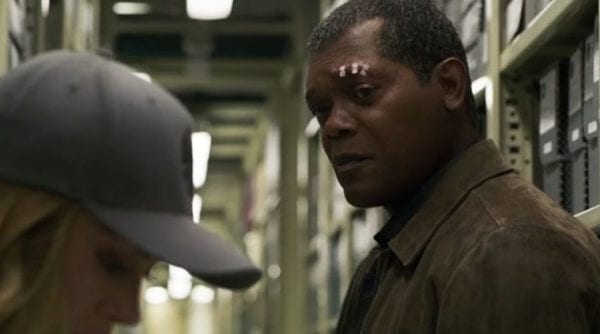 We’re dropped into the narrative a little like our titular character, discombobulated, not really sure what’s going on. The opening twenty minutes are a brave gambit of half remembered memories, coupled with lots of exposition, which can threaten to disengage the audience early on due to the information overload. You’re being introduced to new characters, new worlds, new terminology for the non-Marvel compendium carrying types to wrap their head around, and there’s very little room to breathe.

What you do establish pretty quickly is how effortlessly brilliant Brie Larson is as Carol Danvers. A perfect combination of sense of humour and smarts, you immediately warm to someone who disarmingly growls at a perplexed bad guy before sending them flying with a glowing fist, or who doesn’t hesitate in putting those around her in their place; man, woman, or Skrull.

It’s those characters with whom she shares an easy chemistry that make up the big shiny heart of Captain Marvel; her early exchanges with Jude Law’s Yon Rogg are charming, albeit a little on-the-nose; the relationship she has with Ben Mendelsohn’s terrific Skrull captain, who does so much great work beneath the prosthetic mask, is one of the most surprising elements of the film; and then there’s the buddy movie routine with Samuel L. Jackson’s stunningly de-aged Nick Fury, which is funny, sweet, and alongside her desire to find out who she truly is (origin tick box stuff), is the jet propelled driving force of the film, promising so much for their potential Endgame reunion.

Finding its feet when Danvers crashes to earth, with Street Fighter 2 and Blockbuster video guffaws, alongside a nostalgia tapping 90s soundtrack, the whole thing is a strangely successful genre juggling act; comedy, whodunit, thriller, and silly sci-fi spectacle in the mold of Doctor Who or Star Trek. However, on the whole, despite essentially being an origin story, you’re very rarely able to second guess where any of it is heading. 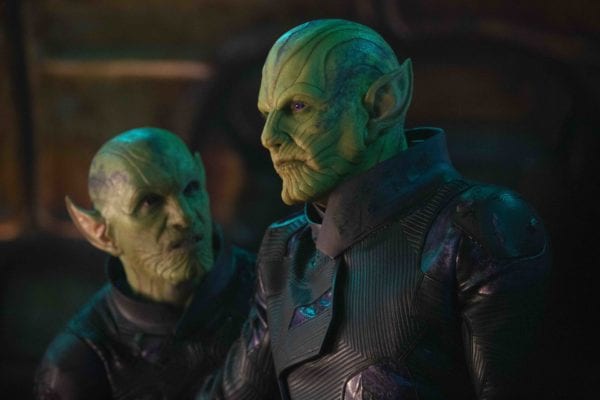 When writer/directors Boden and Fleck steer their film towards spectacle, Captain Marvel does go big, especially during the A New Hope style finale, which sometimes suffers from underwhelming CGI splurge, or lack of an indelible character musical motif, but is requisitely thrilling none-the-less. Having said that, when so much care has been taken on the smaller moments of their script, with Danvers real superpower manifesting itself in the way this will be inspirational to millions of young girls, or how she steps in front of the sun to offer up a timely call-to-arms for the watching audience, you’ll forgive it any familiar blockbuster beats. And we haven’t even mentioned Goose the cat!! The standalone movie petition starts here!