Skybound Games has released a new trailer for the final episode of Telltale’s The Walking Dead: The Final Season which is set to release next week.  This final episode, titled ‘Take us Back’ will conclude Clementine’s journey through the post apocalyptic world, but what lies in store and will she survive?  You can watch this new trailer below… 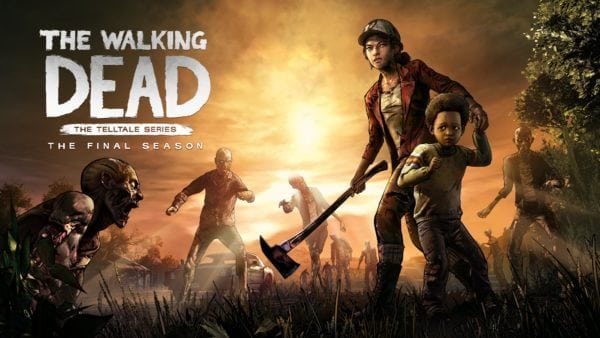 When the original developer, Telltale Games, laid off their staff last year it was feared that we’d not see the final two episodes of  The Final Season,  but thanks to Skybound Games (owned by Robert Kirkman), the final two episodes will allow players to experience the story of Clementine’s journey.  Fans of the series have followed Clementine’s journey since 2012, from the moment Lee Everett found her terrified in the treehouse to now.  There’s a lot of love in the gaming community for Clementine, let’s hope this finale gives her a worthy goodbye.

Clementine and AJ’s journey is nearly at its end, but with an explosive cliffhanger before the finale, how will the survivors fare against foes both alive and undead?

Episode 4 of The Walking Dead: The Final Season arrives on the 26th March so get the box of tissues ready.

It’s also been announced that the physical edition of the entire Final Season will release on Xbox One, PS4 and Nintendo Switch alongside the final episode.