Get ready to serve the Emperor on the 28th March as The Horus Heresy: Legions makes its way to PC as a free to play game on Steam.  This epic card game set within the Warhammer 40,000 universe will include seamless cross platform support with mobile devices so veteran players will be able to carry their progress over to PC and back to mobile when out an about. 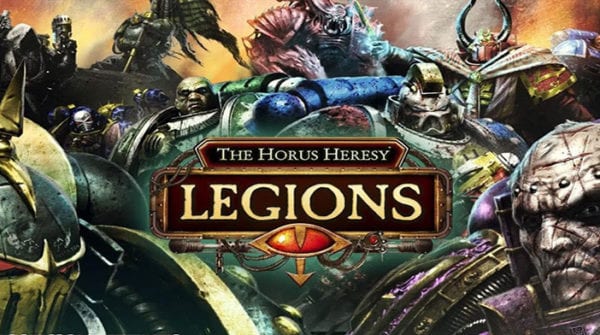 The Horus Heresy was a dark time in humanity’s history, it was a time when brother turned against brother and when the dark forces of Chaos relished in the slaughter that was being caused in their names.

In The Horus Heresy: Legions players will be able to build their decks from over 600 cards.  Fifty warlords from 10 different Space Marine Legions and 3 neutral factions: Imperial Army, Mechanicum and Chaos will be available with which to fight those who turn from the light of the Emperor.

The launch of The Horus Heresy: Legions on PC will be celebrated by the return of the start of the Horus Heresy with three timed events based on the Isstvan III campaign.  This will allow new players to discover how the Horus Heresy started and existing players to get a fresh look back at some of the event exclusive warlords.  During this event, players will be able to meet iconic characters such as Qruze of the Sons of Horus, Crysos Morturg, the Sister of Silence Amendera Kendel and Lord of the Flies.

Look out for The Horus Heresy: Legions arriving at the end of the month. Meanwhile, if you have time, pop over to our Twitter and give us a follow.