There’s been a lot of discussion recently regarding the status of the Star Wars video gaming licence. After writing an article about the state of the property as it currently stands under EA, it occurred to me that whilst addressing this as a problem, there is clearly a larger discussion that needs to be had. That is – what should a new Star Wars video game actually look like? I don’t mean a half baked, rushed version of something that could have been way better, released so that it can coincide with the latest instalment of the ongoing saga. I am also not referring to a limited mobile game that you can maybe get a few hours of play out of. I mean, what would a full campaign based game, that is set in canon, look like under the Disney banner? Thus far, we have had no campaign games apart from the small narrative featured on Star Wars: Battlefront 2. We are aware of a few games in development but due to the nature of EA currently, these are constantly in flux. This article therefore discusses what kind of product should be produced when we finally get the latest edition to the Star Wars gaming library. The first thing that needs to be discussed is some of the technical and logistical decisions that are to be made.  What I would personally like to see is a Star Wars game that is from a third person perspective. The universe for which these characters inhabit is vibrant and visually interesting. Giving it a third person perspective means that you can properly take in the costumes and designs of your character, as well as the world around you. Whilst games like Battlefront play much better as first person, this kind of game would benefit from the third person that we see in the likes of Star Wars: The Old Republic.

The second decision that should be made is in regards to the game play mechanics. I believe that the weaponry and movement of the Star Wars universe requires a system that is far more inventive that some of the standard issue mechanics that we’ve received in the past. The Arkham games are always pointed to when talking about creating a system that specifically works for a certain property. I believe that a similar thing can be achieved with Star Wars games with a system that is fluid and combines both lightsaber and physical combat, alongside some of the more traditional blaster action set pieces. A generic system that cheaply mimics better games will continue the mediocrity produced by EA with the IP. A new age of better Star Wars games requires some ingenuity. 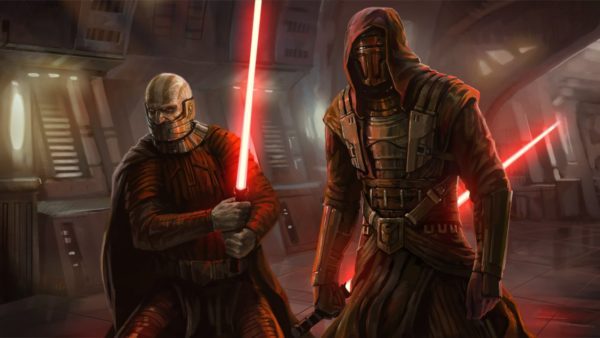 One of the key features that many people were calling out for ahead of Battlefront 2 is a product that is driven primarily by a strong and original narrative. Whilst we did get a little of this in the campaign, it left a lot to be desired, with the possibility to complete the main story in just a few hours. If EA is to release something that has some credible staying power the game needs to be story driven. A focused narrative, rather than a sprawling open world game, would favour this much more. Having a character that players can invest in and having them actually make interesting and complex decisions that affect the story is the key to making this game worthwhile.

Whilst fun combat is going to make a game re-playable, a story that is going to keep people invested and throw players on an emotional roller coaster of twists and turns will help the game become much more iconic. Star Wars fans have fond memories of earlier games but one that stands out to most is the Knights of the Old Republic series, due to the key character choices you could make throughout. The reason people loved those games isn’t just because the setting is cool and so different. It’s also because your contribution to the character’s journey actually meant something. We need much more of this. Give the developers the freedom to create this kind of game and they’ll run with it and produce something special. Remove the limitations of loot boxes and get out of the developer’s way in order to let them focus on great gameplay and great storytelling. The most important aspect for me is the time and place that this is set. Too often we’ve seen Star Wars properties try to fill the gaps of the films and supplementary books and comics. This isn’t always needed and can often limit the potential for the makers of these games. The creators should not be handcuffed before even starting. They should be given the opportunity to use the endless possibilities this galaxy provides. Setting this story somewhere in the Outer Rim with brand new characters would make for a more much more intriguing premise; we’re not getting a rehash of some of the elements we’ve already seen. Forcing well known characters into the plot, or trying to hook it into a larger narrative arc, will only derail the momentum of what could be a fairly original game. Make the story much more intimate, based on just a small system, or even a singular planet with a small community of people, and keep it in an emotional bubble where the stakes are larger for your characters than they are for the galaxy as a whole, as we tend to find in Star Wars properties. Something much more personal can be made from this and I think it is important for the property that it is made in this way.

There’s an episode of the Clone Wars series that has always fascinated me, where a group of Bounty Hunters group together to teach a village to protect themselves. These are the sorts of stories that could work so well in a format like this! Looking at past games that people have got excited about and it’s clear to see why, with the aborted Star Wars: 1313 for instance clearly being incredibly different to all of the stories we have received so far. People are energised for something different and EA can deliver on this if they can take some of the steps I have outlined above. What do you think about this list? Have you got any killer ideas for a Star Wars game? Leave your thoughts in the comments section below or on social media…