Awesome Games Studios has announced that they will be bringing their top down arcade shooter Yet Another Zombie Defense HD to the Nintendo Switch on 5th April.  This zombie shooter will test player’s defence building skills and aim.  Check out the trailer below… 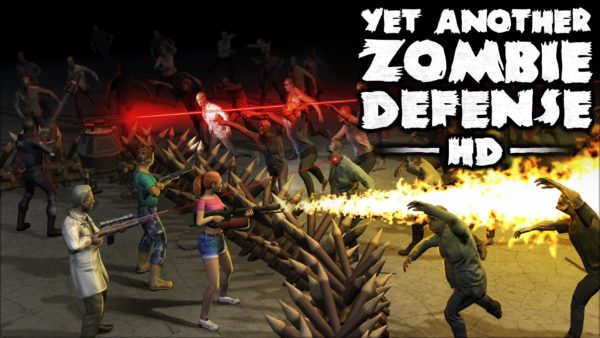 Yet Another Zombie Defense HD is a top down arcade zombie shooter that combines zombie killing with strategy elements.  During the daytime players will prepare for the onslaught by building defensive barricades, purchasing weaponry and ammunition and strategically setting up turrets ready for nightfall.  Once the night comes, so do the zombie hordes and it’s up to players to stay alive for as long as they can.

Yet Another Zombie Defense HD is a top-down arcade zombie shooter with tactical and strategic elements. Prepare yourself before nightfall by building defensive barricades, buy guns and ammo, and set up turrets, then stay alive for as long as you can. Each night will put your skills to the test as the zombie forces become stronger with each wave. Make your death memorable as you shoot your way to a glorious end!

Look out for Yet Another Zombie Defense HD coming to the Switch this April.