We already knew that Marvel was going to have a big presence on Disney+, but with yesterday’s official unveiling of the upcoming streaming service we got some official news regarding the live-action series, animated shows, and documentaries which are set to hit the small screen once the service gets underway later this year.

We’d already had official word from Disney and Marvel that Tom Hiddleston will be headlining his own Loki series, but yesterday’s announcement gave us a logo for the Anthony Mackie and Sebastian Stan buddy series The Falcon and The Winter Soldier (see above) as well as the new title WandaVision for the Scarlet Witch and Vision show featuring Elizabeth Olsen and Paul Bettany.

Loki
Tom Hiddleston will reprise his role as Loki in the new Marvel Studios series. 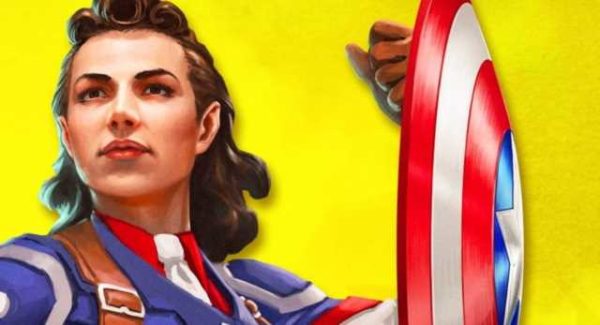 Meanwhile, we also got confirmation of the rumoured What If..? animated series, which will explore alternate scenarios and situations from the Marvel Cinematic Universe, beginning with an episode which imagines what would have happened had Peggy Carter became Captain America.

Marvel’s What If…?
Marvel Studios’ first animated series, taking inspiration from the comic books of the same name. Each episode will explore a pivotal moment from the Marvel Cinematic Universe and turn it on its head, leading the audience into uncharted territory.

And on top of that, we also have the following Marvel-related documentary projects:

Marvel’s Hero Project
The series, produced by Marvel New Media in partnership with MaggieVision Productions, reveals the remarkable, positive change several young heroes are making in their own communities. These young heroes have dedicated their lives to selfless acts of bravery and kindness, and now, Marvel celebrates them as the true Super Heroes they are.

Marvel’s 616
An anthological documentary series from Marvel New Media in partnership with Supper Club that explores the intersection between Marvel’s rich legacy of stories, characters and creators and the world outside your window. Each documentary will dive into the rich historical, cultural and societal context that has become inseparable from stories of the Marvel Universe.

What do you make of this initial Marvel line-up for Disney+? Will you be subscribing? Let us know in the comments below or tweet us @FlickeringMyth…