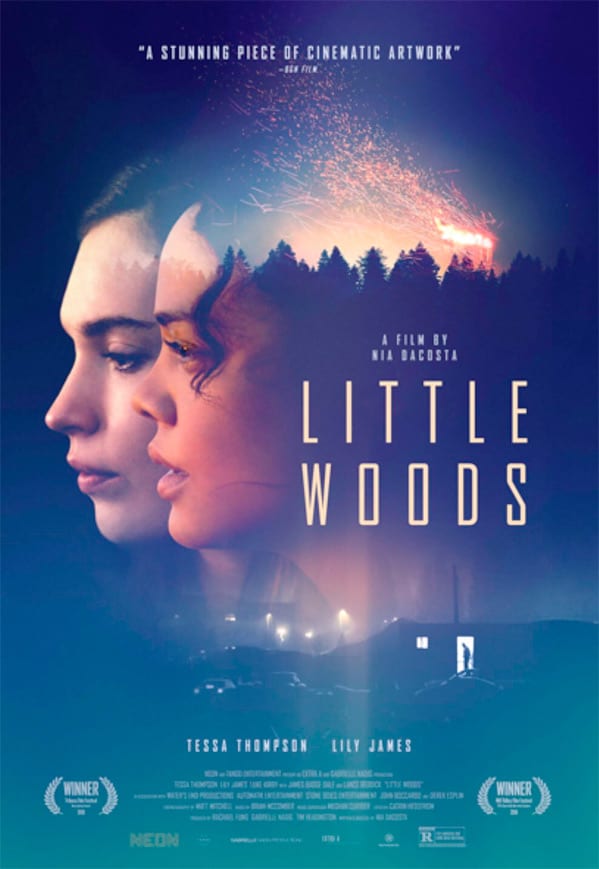 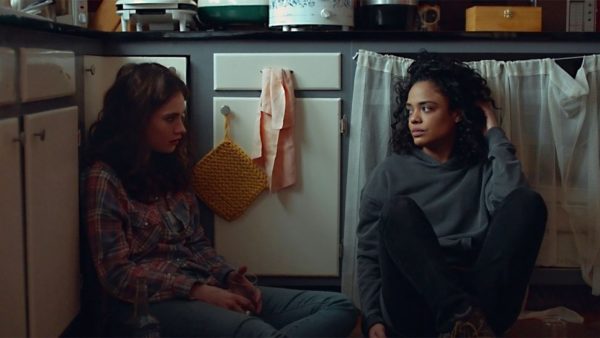 When it comes to films involving drugs or the dealings of said narcotics, it’s not entirely wrong to assume scenery-chewing performances from those leads, but first-time writer/director Nia DaCosta goes the other way with her brilliant performers Tessa Thompson and Lily James. Fittingly, Little Woods does not glamorize these illegal activities, but uses its North Dakota setting, both financially and mentally struggling protagonists, the poor excuse that is American healthcare, authentic domestic problems, and relatable fractured family dynamics to transcend its narrative beyond the already ambitious spin on the western genre by highlighting two fiercely tough and defiantly independent women dipping into the world of crime, predominantly a man’s world as well, to make ends meet.

The setup is quite simple but yields tension from various angles; Ollie (Tessa Thompson) is finishing up her parole with good behavior and is all set to interview for a job that will see her moving away from her current impoverished lifestyle that pushed her into selling drugs in the first place. Additionally, she was also always looking for any numbing narcotics to relieve her then dying mother of pain. Needless to say, mom is gone, she got caught, there is no way to pay the mortgage on the family home, and it’s time to move on.

That includes distancing herself from her sister Deb (Lily James), a recovering drug addict doing her best as a single mom after cutting herself off from a drunken, rather worthless father to her child (James Badge Dale). She’s also pregnant and is in no position to keep the child, paving the way for a painfully realistic journey through abortion by shady methods. Yes, the film is primarily about Ollie risking everything to move a certain amount of drugs to raise the necessary amount of money to keep the family home for Deb as a parting gift, but watching Deb go through hell for her personal choices is emotionally exhausting and saddening due to its genuine realness.

There is a scene where Deb visits a clinic to find out how much the medication and treatments throughout the pregnancy and how much the birthing itself will cost; the answer is not cheap, but it’s a natural and graceful condemnation of American healthcare. The entire segment incites anger from the viewer that it requires thousands of dollars just to bring new life into the world. Not much later, Deb also confesses to her troubled ex-partner that she is pregnant, to which he pleads with her to keep it and that he will finally step up to become the man she deserves. It’s not just a broken promise, but in this one scene, we can gather that their whole relationship has been a series of broken promises and that enough is enough. Deb wants to believe him, but it’s impossible; no one can.

Those are only two scenes featuring Lily James that evoke raw emotion with subtlety and relatable situations. If I keep going I would spoil the whole movie, so I will close my mouth and just say that as of right now, it’s difficult to imagine Lily James not being near the top of the competition for Best Supporting Actress for many critic guilds. She is compellingly vulnerable but remains strong and resourceful making for a complex contrast that penetrates your soul. And there are no doubts in my mind that the reason a serious subject like abortion is handled so delicately here is due to a woman writing the script as well as directing the project. 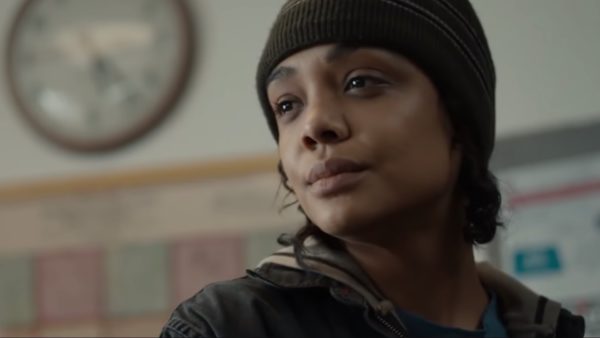 Anyway, Ollie is nothing like her sister and is more headstrong stepping into areas dominated by men. There’s a part where she is out drinking at a bar only to be hit on by some backward thinking hillbilly, to which she immediately defends herself physically. There is the sensation that everyone in this family has lived a rough life, where we get to observe two sisters that have handled such trauma and burdens with different mentalities. Little Woods is also a powerful examination of the family ties that bind, how mistakes can be forgiven when it comes to blood, and the desperate lengths family will go to better the lives of each other.

Aside from that, it’s also a gorgeously shot film that both captures the rundown junky aesthetics of this poor North Dakota town alongside some exquisite establishing shots detailing beautiful night skies and the industrial side of the town. The film also takes advantage of its western vibe by implementing numerous wonderful needle-drops that lyrically blend right in with the story, and some catchy guitar riffs. It’s clear that Nia DaCosta can get marvelous work from her actors, but it’s just important to note that Little Woods is also a filmmaking triumph. It feels like a film from a veteran rather than someone making their debut feature.

That’s not to say there aren’t a few small problems here and there, as I could have done without the rival drug dealer putting pressure on Ollie (makes for one good scene playing up the woman in a man’s world dynamic, but in the bigger picture feels like an unnecessary subplot), and occasionally the film could be so wordless a few details about what’s going on can get lost in the shuffle. Outside of that, Little Woods is tightly crafted, wisely edited to benefit the narrative (there are some terrific decisions made during the job interview sequence), and outstandingly acted. Tessa Thompson and Lily James performances elicit so much empathy and humanity that these characters come across as real people that we deeply become invested in. The film also smartly never goes the direction one might assume, embracing full-blown character study that shines a scorching light on many prevailing problems within the underclass of American society. The only thing that burns hotter than that light is the performances from Tessa Thompson and Lily James; they are unreal and each deliver career-best work.