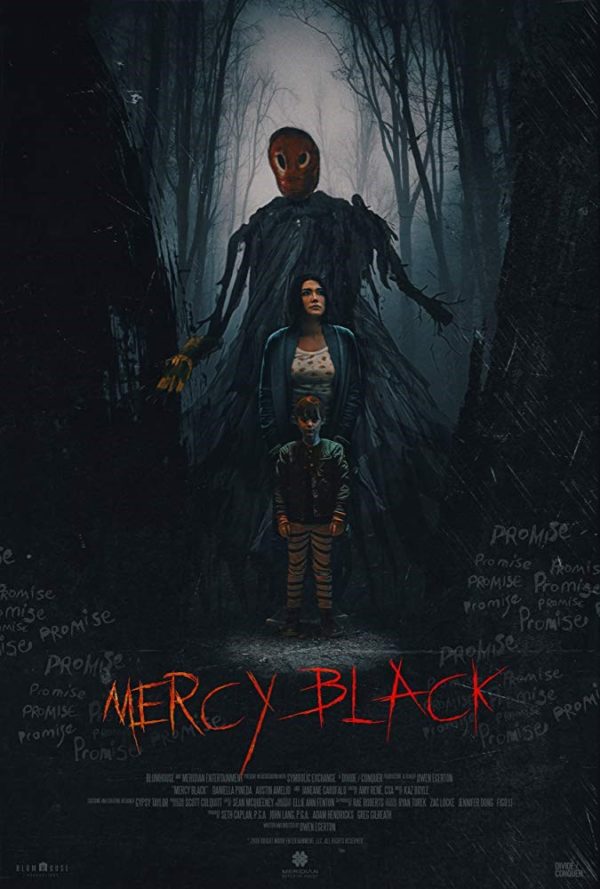 Marina is haunted by what she has done and the phantom she imagined. Though she would rather leave the past buried, her nephew becomes increasingly obsessed with Mercy Black. To save him, Marina must face her past and uncover the truth behind Mercy Black. What she discovers is a very real and very deadly horror that will stop at nothing to claim her and her nephew. 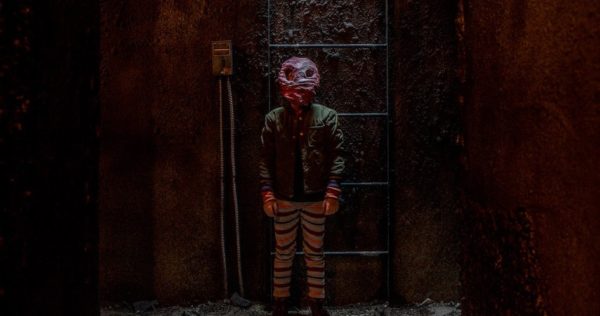 Every year (or less), Netflix and Blumhouse drop under-wraps collaborations without anything more than a social media blast. Their latest surprise premiere? Owen Egerton’s Mercy Black, which is the “Slenderman” movie Slender Man should have been – like, eerily replicated. Egerton’s script repurposes the famed and gruesome “Slenderman” Wisconsin stabbing case, a real-life juvenile crime committed in the online puppeteer’s name, for a new backwoods urban legend. Admittedly, there’s an icky sense of exploitation when the film first establishes its “loose” inspiration – if only as a momentary distraction, before Egerton’s fresh nightmare takes scarecrow-esque shape.

Daniella Pineda stars as Marina Hess, who’s just been released from psychiatric care after fifteen years due to her complicity in the stabbing of a classmate. Why, you ask? To summon “Mercy Black,” an (at the time) “imaginary” phantom since gone viral after Marina and company’s attempted sacrifice. Marina moves in with sister Alice (Elle LaMont) and nephew Bryce (Miles Emmons), striving to shed her cursed past. Too bad townsfolk like true crime buff Will (Austin Amelio) won’t let Marina’s reputation die, which might bring “Mercy Black” home for another visit. 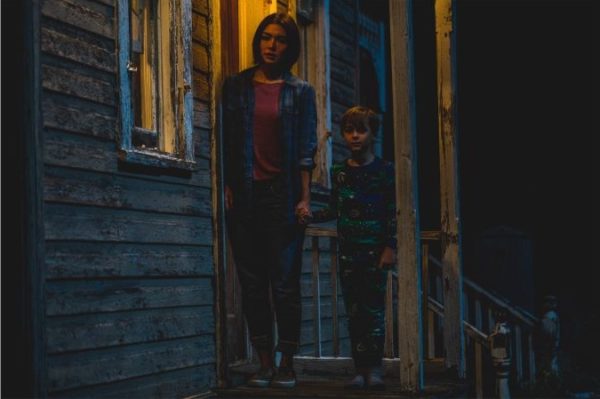 So *how* tethered are haunters “Slenderman” and “Mercy Black?” From an originality standpoint, mythologies run questionably mirrored down to Marina’s original crime of imagination. You’ve got Wisconsin’s stabbing and Marina’s stabbing, both ghoulish icons become viral internet sensations, each hides nestled in the woods and asks victims to carry out heinous crimes – the only distinguishable difference is their appearance. Crunchy woodland sound effects and shielded eyes included. From the (unfortunate) standpoint of having seen Slender Man and Always Watching: A Marble Hornets Story, Mercy Black feels deceptively familiar.

For those of you outside the “Slenderman” phenomenon? Lucky ones who don’t wade through subreddits and Creepypastas at 3AM? Egerton’s introduction instills more than repurposed motivations. 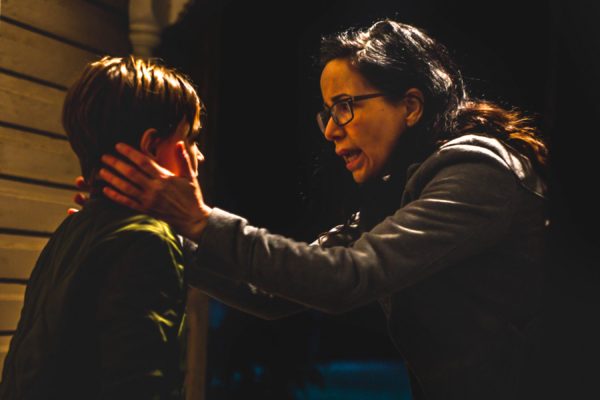 As Marina attempts to escape her past – released on Dr. Ward’s (Janeane Garofalo) blessing – few believe “Mercy Black” *actually* manifests. Marina’s programmed to believe her fears are not real – distancing from unspeakable acts when she should be facing trauma head-on. Age-old storytelling about escaping one’s past versus embracing it, as Will’s greed pulls Marina’s first trigger while he prods around her memory over dinner (she’s a “celebrity” in the true crime fan’s eyes). Monsters *do* exist and we can’t wish them away. Again, Egerton’s working with basic horror building blocks – and constructs a better horror story around them. 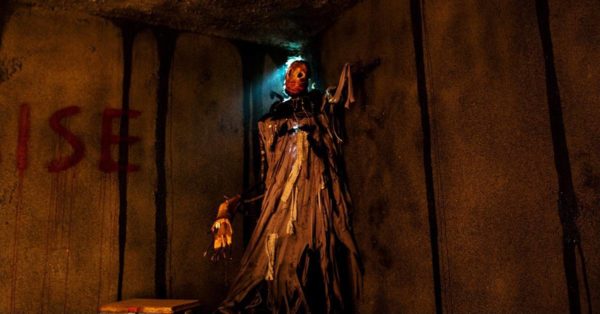 Mercy Black is a fully-realized beginning for what could be a chilling genre figure. Daniella Pineda does her part as “patient zero” by wrestling with repressed memories while battling an entity who now threatens her loved ones. Miles Emmons steps up as the film’s resident dead-eyed youngster, stringing his friends by the neck at Mercy Black’s order or standing on his bed, whispering Greek chants into an air vent for one perfect “NOPE” moment that’ll keep me from ever having children. “Mercy Black” itself rises with malevolence: pointed hands of twigs poking through hunting gloves, pinkish blank mask, personal effects of each child as a source of power. As Marina makes progress, regresses, and must face her demons, the legend of “Mercy Black” feels more and more real. Rich darkness swirls fantasy and terror together that intensifies over scenes.

Owen Egerton’s collaboration with Blumhouse ushers in creative restraint – Follow and Blood Fest admittedly not personal favorites – which exposes campfire-grinning storyteller vibes inside a filmmaker whose energy knows zero boundaries. To this point, that far-reaching individuality reigned without taming. In Mercy Black, Egerton focuses on conjuring easily identifiable, effectively creepy devils. Netflix benefits from another rewarding “Lazy Sunday” brand of watch, Egerton hones his focus into sharper screams, and audiences delight most of all. More of this Owen Egerton, please. Have we just found Blumhouse’s latest in-house workman?