The Man Who Killed Hitler and Then The Bigfoot, 2019. 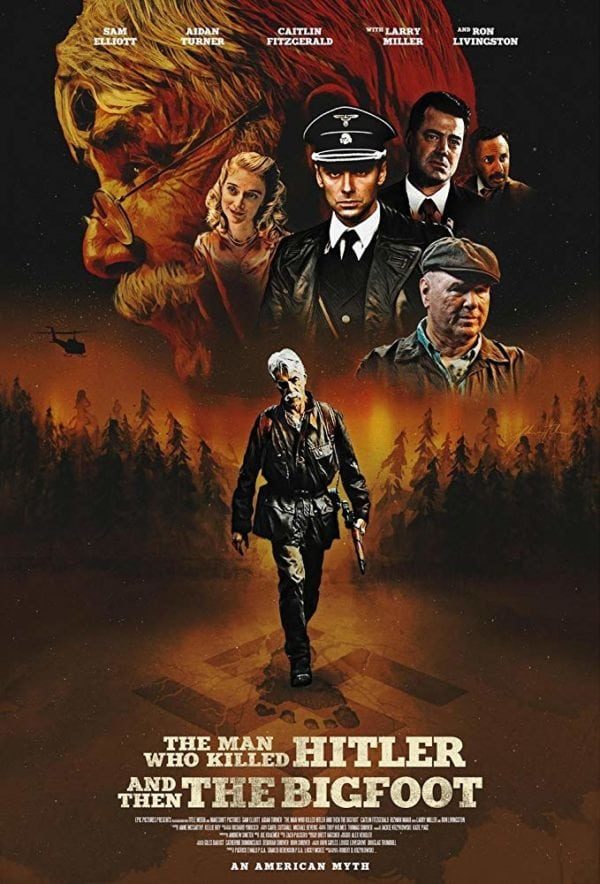 A legendary American war veteran is recruited to hunt a mythical creature. 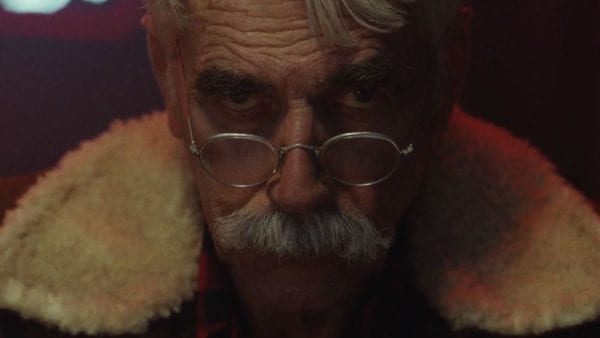 Less about killing Hitler and Bigfoot, writer and director Robert D. Krzykowski’s bizarre genre mashup debut feature, tantalizingly titled The Man Who Killed Hitler and Then The Bigfoot, is first and foremost a character study of an aging World War II veteran having flashback recollections of the all-important heroic duty that ended up causing complications with subsequent phases and different areas of his life. It also helps that this former special operative is played by none other than all-time great character actor Sam Elliott (at the time of this writing Oscar nominations have not been revealed, but so far the road has seen him shafted out of Best Supporting Actor bids and victories for his powerful work in A Star is Born).

Trust me, I’m fully aware that the title is supremely silly and gives off vibes of a brain-dead action flick in the vein of Crank or something, but Robert D. Krzykowski takes the straight-faced approach and makes the story work, commenting on everything from mortality to tragically lost life fulfillment to terrifyingly realistic interpretations of Nazi-ism that still resonate whether it’s the 1987 present day of the film or our current societal landscape. And even if Sam Elliott’s Calvin dispatches some thugs after another night of heavy drinking (he also decides to quit the habit upon leaving the pub) initially delivering the impression that this will be the goofy and nonsensical action adventure flick the premise seemingly promises, there’s an undercurrent of drama whether he’s stumbling into the night finding his way home or reminiscing about the day he infiltrated the location of Hitler for some one-on-one time and the opportunity to shoot him point-blank with a certain unique firearm derives from multiple gadgets. 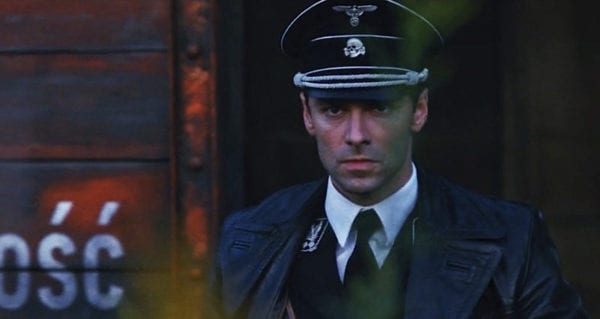 Aidan Turner also deserves a great deal of credit for portraying a much younger version of Sam Elliott (the spy that kills Hitler) subtly; he rarely, if ever, is given any loud dialogue readings presumably because it’s easier to somewhat mimic the undeniably legendary and distinct commanding gruff voice of Sam Elliott quietly, and is given scenes opposite a school teacher named Maxine (Caitlin Fitzgerald) whom he is deeply in love with. The fallout from the mission to take out Hitler and this burning romance are heartbreakingly connected, containing quite a few emotional exchanges founded upon the pain of regret. Forget Hitler and Bigfoot (although, I promise you will get your money’s worth), this is a film about sacrificing love and personal fulfillment in order to fulfill heavy responsibilities to one’s country. What the script does with the fallout from Hitler’s death only adds to these complexities and eventual suffering.

There are also a few lengthy segments with other minor characters, ranging from Calvin’s brother (his only remaining contact as he lives out his final days), a superstitious barber that believes in curses (I’m sure you could analyze this scene for days in terms of how it possibly ties into the rest of the narrative), and both government agents from the United States and Canada knocking on Calvin’s door to have a meeting about none other than the plague Bigfoot is unleashing on the world and how only Sam Elliott is a badass enough dude to save the day. All of this is ludicrous and shouldn’t work at all, but it does. 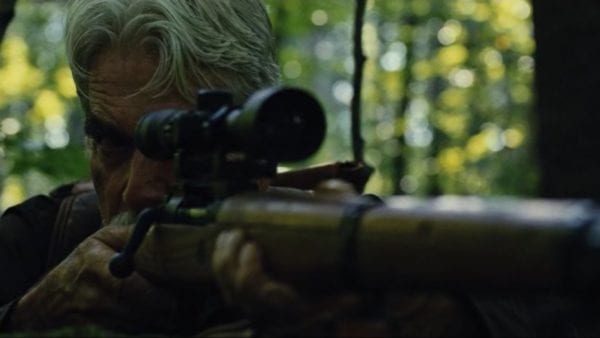 Without spoiling much, once Calvin suits up and selects some high-powered weaponry to take on Bigfoot, the tone obviously shifts to a degree but retains the adult-oriented dramatic edge leading up to the slugging contest. You’re going to see Bigfoot grotesquely puke all over Sam Elliott, ensuing laughter and possibly some of your own vomit (it’s also worth noting that the special effects are appropriately low-key and remarkably executed by two-time Oscar winner Douglas Trumball), but you’re also going to see a man cope and struggle with the nature of taking lives, man or beast. There are also some gorgeous vistas and beautifully composed cinematography that help further drive these themes home.

As much as I would have liked to see the relationship dynamics between Calvin and Maxine developed more (the full amount of emotion is not reached from the ending, although it’s still strongly meditative material worth contemplating after the credits), Robert D. Krzykowski likely has the right idea by taking a minimalistic approach to the subplots and characters. And I must admit, I would have enjoyed an even longer confrontation between Calvin and Bigfoot. After all, this is still a movie about the ridiculous notion of one man killing both Hitler and Bigfoot, but it works so surprisingly well that it’s hard to not want to learn more about Calvin’s inner torment and have a little bit more excitement. Nevertheless, come for the demise of Hitler and Bigfoot, stay for the always incredible character work from Sam Elliott.