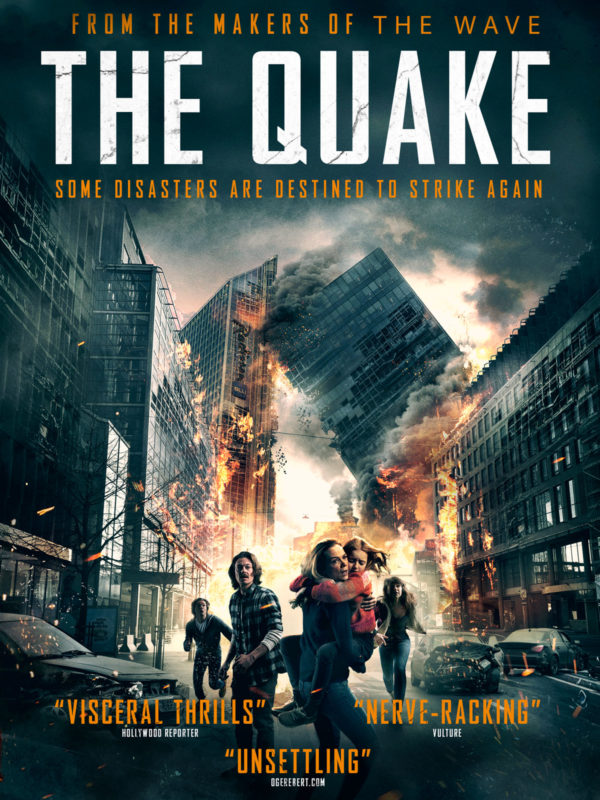 A geologist races against time to save his estranged wife and two children when a devastating earthquake strikes Oslo, Norway.

Now I’m the first to admit, that having read this brief blurb on Google prior to viewing I was far from excited at the prospect of what I fully expected to be yet another balls to the wall actioner, and this one not even in that one language I know (yawn).

But boy was I wrong.

This synopsis does not do the film any justice whatsoever. It is in fact more a commentary on the films third act and not the entirety of the piece.

Our journey starts with Kristian (Kristoffer Joner) and Julia (Edith Haagenrud-Sande), a charming and off piste father-daughter-duo in the midst of a seemingly strained relationship due to what appears to have been a sticky divorce. These two are the life and soul of the film with excellent and understated performances throughout.

As is fairly common with Scandinavian cinema The Quake operates on rather a less is more attitude where dialogue is concerned and this leaves little room for exposition (yay). 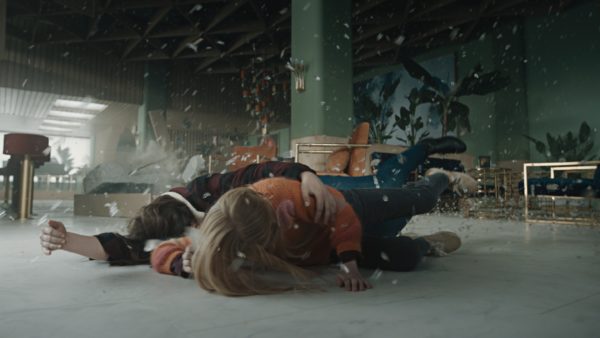 The story is slowly simmered on a low but increasing heat and allowed to unfold organically with the cinematography enveloping us in the brooding, moody intelligence of this world and its occupants. If ever the drama is starting to boil over, we are transported into a Volvo advert via the sweeping, majestic establishing shots of the Norwegian countryside and all is peaceful once more.

We are allowed to understand the nuances of this family dynamic in real time through the introduction of Kristian’s charming and gentle ex-wife Idun (Ane Dahl Torp) and the tragedy of previous earthquakes and the potential devastation of future ones becomes more apparent and a lot closer to home.

The Quake is directed in a relatively classic hollywood style, largely in-keeping with recent dramas coming from this part of the world. However some shot choices become much more interesting as we head into the more stress-inducing adrenaline-flavoured scenes later on. Employing a handheld camera to illustrate the panic and gravity of the quickly declining situation.

The music creeps along nicely parallel to the ever growing drama, employing low pedal notes in brass and strings to hint at a sense of impending dread. These hints really plate up a delicious serving of doom and disaster as the films climax comes with a massive earthquake (who’d have thought it)!

The effects are excellent and no less than you’d expect from The Day After The Day After Tomorrow or The Fastest and most Furiousest providing a rather unsuspecting audience with a suitable amount of suspense and I don’t mind admitting my stomach was in knots on more than one occasion.

All in all I thoroughly enjoyed and would wholeheartedly recommend this picture. Equal parts art film and blockbuster movie with a pinch of wonderfully nuanced performances and a score to keep you on the edge of your seat throughout.