Playfusion and Games Workshop have announced that their fantasy themed trading card game, Warhammer Age of Sigmar: Champions is out now on Nintendo Switch.  Based on the physical trading card game, Champions will feature true cross play and allow digital players to scan in their physical cards and add them to their collections. 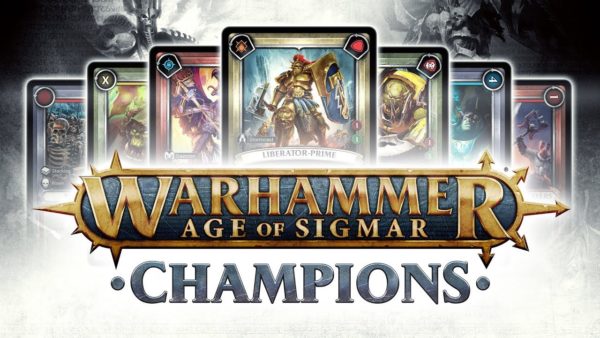 Warhammer Age of Sigmar: Champions, takes players to the war-ridden world of Warhammer where they will be able to challenge friends and other players around the world with custom crafted decks based on one of the four Grand Alliances. With the Switch version, not only will players be able to sit in the comfort of their own homes and battle it out, they will also be able to vanquish their foes while on the go.

A brand new huge single player adventure called Realm Trials will be launching with the game and feature dozens of hours of extra content that will see players take on legendary battles and conquer the mortal realms. There will also be a brand new way to battle with the new Arena of Echoes mode.  These join the impressive amount of narrative campaigns and multiple game modes already in the base game.

“The response for the physical and digital game has already been incredible, and we just can’t wait to watch that grow to new heights,” said Mark Gehard, CEO and Co-Founder of PlayFusion. “ With the upcoming release of our Set 3 cards in Savagery, and a whole heap of new features like Arena of Echoes and Realm Trials, there’s always going to be something new to try. And now, there will be a much bigger community to try with.”

Warhammer Age of Sigmar: Champions is available now on the Nintendo eShop.