Given that it has dominated cinemas for the last few weeks, you’d think that Avengers: Endgame was the only film worth seeing at the moment. However, this week that all changes with the release of John Wick: Chapter 3 – Parabellum, the third (but hopefully not final) instalment in the action franchise that has – and I may sound hyperbolic here – seen Keanu Reeves emerge as one of the greatest action heroes in cinema history. So to celebrate the return of the “Baba Yaga” to our cinema screens to dish out some more expertly choreographed vengeance, I thought it would be a good time to spotlight some other action films to perhaps check out in the meantime.

Whether it be bullet-riddled masterpieces or smaller character-driven cult classics, there’s bound to be some that should keep you thoroughly entertained and a few of my choices are likely some to be some that you’d probably never thought of before.

So lock and load and join me as we take my personal selection of 4 Great Action Movies To Check Out (That Aren’t John Wick). 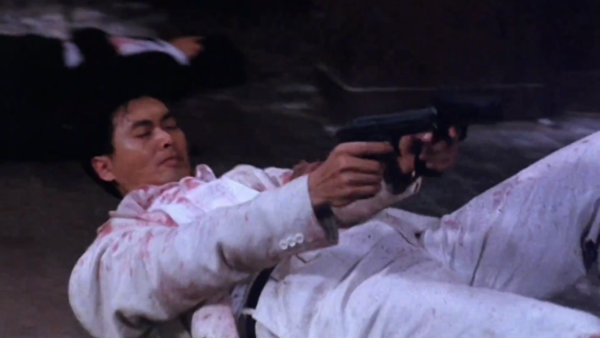 If you’re going to talk about action cinema then you have to talk about the man who turned the cinematic shootout into an art form, John Woo. Trying to pick even just one of Woo’s films to spotlight in a feature like this is a difficult task, with the legendary Hong Kong filmmaker having more than a few bonafide action masterpieces under his belt, as well as a few more underrated gems hidden underneath them. For this feature, I’ve decided to go spotlight the film that is often hailed as one of his best, and, handily for this feature, a film that was named as a direct influence on the John Wick franchise. That film is The Killer.

A hitman, after inadvertently blinding an innocent singer while on a hit, takes on one final lucrative job from the Triads in order to pay for an expensive operation that will hopefully restore the young woman’s sight. The mission is complicated by the arrival of a particularly determined police detective and the Triads refusing to pay up once the hit is executed, setting the stage for a bloody showdown.

If you’re someone who’s read enough of my reviews, you’ll notice that I have something of a particular formula when I write them. When talking about a film I aim to discuss its themes, critique the acting, the visual style, the story and so on, in as coherent a fashion as I can. With regards to The Killer, fuck all that, because this is not one of those kinds of films. 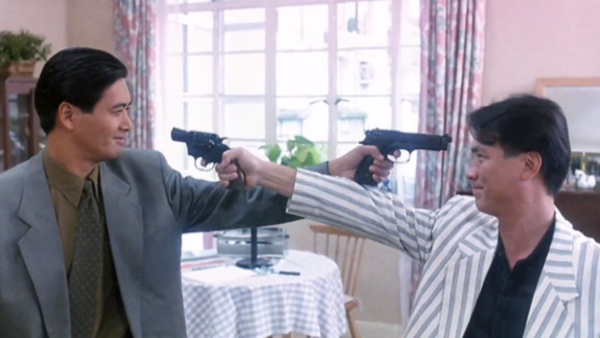 The acting throughout is solid, although this is highly dependent as to whether you watch the film in the original Cantonese with subtitles or the rather awkwardly dubbed version that often leaves you at the mercy of the dub actors ability. However, when you’re dealing with a film like The Killer, it really doesn’t matter. Sure, Chow Yun Fat is pretty damn cool in his role as a Hong Kong hitman with a heart of gold, let’s face it, you don’t watch a film like this to see him act. You watch to see him shoot people and lots of them.

The real stars of any John Woo film are not his actors but his action sequences and does he have some glittering stars on display here.

Quite simply, the gunfights on display in The Killer are some of the best ever committed to celluloid. Beautiful displays of bullet-strewn mayhem in which everything that can be blasted into a million pieces is and often in glorious slow motion.

Battles in which our heroes don’t just shoot the bad guys with two or three measly bullets, but pump them with so many as to turn the hapless goons into Swiss cheese. They’re battles in which anyone and everyone with a gun shoots them while leaping through the air backwards or sliding upon on the ground or leaping backwards onto something so they can slide off it, often while firing a barrage of bullets while dual wielding whatever guns they can get their hands on while a flock of doves inexplicably swirls around them. 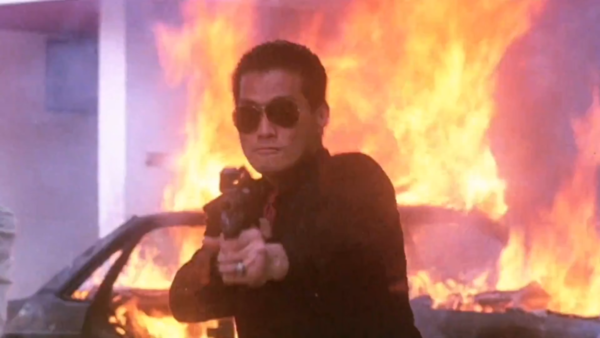 The plot, while rather thin, is engaging enough for Woo to present his usual themes of what is dubbed “heroic bloodshed”, with it featuring intriguing themes and motifs that the director would return to in his later films. The most blatant example of this being the final gun-battle in a church, inexplicably full of doves, something which Woo would somewhat remake for the climax of his similarly excellent Hollywood effort Face/Off.

The only real issue I had with the film is that, while the action scenes are amazing set pieces that you can’t take your eyes off of, the scenes in between them are a just a bit too sedate and slow. I understand that they’re there to build up characters and set up the relationships between them, but I personally found these scenes just a tad dull, especially when they are sandwiched between the often insane relentlessness of the film’s various gun battles.

To borrow a phrase; I wanted a little less conversation and a little more action. Although one particular absurd standoff between our heroes aiming their guns at each other while their half-blind love interest is none the wiser is a pretty funny highlight, with it almost feeling like Woo is spoofing himself. 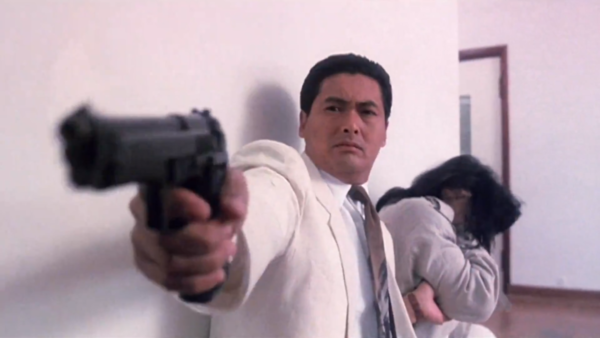 Boasting some of the best gun battles ever filmed, by a director at the peak of his abilities, The Killer is one of the definitive action films of all time and one that all fans of the action genre fans, or you just like seeing things explode, are bound to fall head over heels in love with.

Click the button below to continue on to the next page…