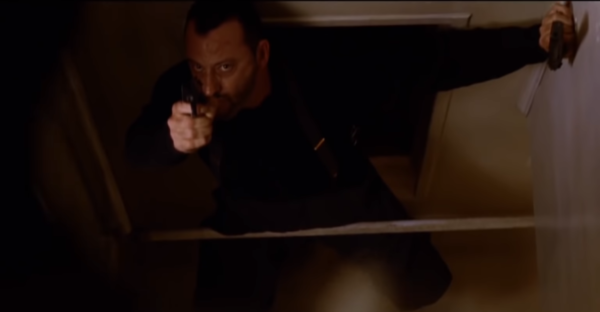 While The Killer is a gloriously fun action film that is one of the best of its kind, I can understand that its relentless barrage of bullets, blood and doves may leave some viewers a tad exhausted and craving an action film with a bit more character to it. Thankfully, I have the ideal film; Luc Besson’s cult hit Leon.

Leon, a highly skilled hitman, suddenly finds himself a guardian to 12-year-old Matilda after her family is brutally murdered by corrupt DEA agents. Forced to protect the girl, Leon reluctantly takes her on as his new pupil, teaching her the skills that she hopes to use to seek her revenge.

The always cool Jean Reno excels as the eponymous Leon, a hired killer of almost superhuman skill, but one who also lives a rather sad solitary existence. Reno is terrific in the role with his ice-cool demeanour excelling at making scenes in which Leon is “cleaning” intense moments of violence but also cool displays of efficiency that leave in no doubt as to the supremacy of his skills. 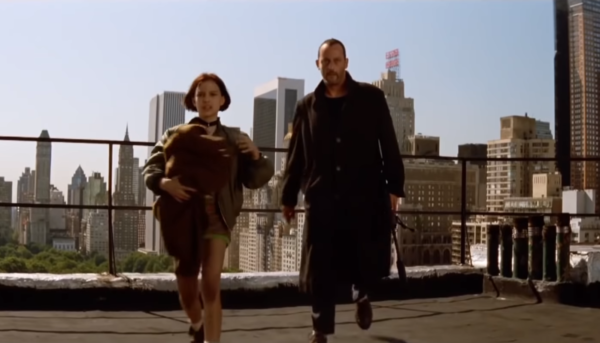 Yet, Reno makes you care for this ruthless killer by also portraying him as a rather lonely figure whose past has left him somewhat emotionally stunted (his best friend is a potted plant after all), with Leon’s growing relationship with Matilda allowing for Reno to gradually peel the layers back and reveal the human heart hidden beneath beneath the quiet seemingly cold-blooded exterior.

In her acting debut we have Natalie Portman as Matilda, a young girl turned assassin in training. Portman, seemingly able to cry on cue, is outstanding in her debut performance with it being one full of sadness and anger but just enough humour and mischief to ensure that she endears herself. It’s a terrific performance that serves as a great start to what has become a fantastic career.

A hero is nothing without a villain and boy do we certainly have one for you here. As arguably one of the greatest screen villains of all time is Gary Oldman as Norman Stansfield, a corrupt DEA agent with a mean psychopathic edge. Oldman doesn’t so much steal the show as he becomes it, dominating every frame, terrifying those around him with his manic veering between scenery-devouring over the top madness and unsettling quiet menace that leaves you on pins as to what the crazy bastard will do next. It’s a monstrously entertaining, larger than life performance that perfectly contrasts with Reno’s more subdued turn (although oddly enough Oldman and Reno share only a single scene).

As I suggested in the intro, Leon is indeed an action film, but it is one that puts its characters first, with the film only boasting a few set action pieces throughout its runtime. The film begins with a really cool sequence in which Leon takes out a whole squad of hired goons with an almost supernatural level of speed and skill, but it’s a long wait before we get anything else resembling a proper action scene until the explosive climax.

Much of the film is focused on the growing relationship between Leon and Matilda as they both teach each other various skills (Matilda teaches Leon to read while Leon teaches Matilda to kill) and gradually allow each other to find some kind of happiness in their troubled lives. All in all, it’s a rather sweet story about a man who finds no real joy in life finally finding some and thanks to the film’s writing and performances, we do find ourselves coming to enjoy the time we spend with these characters and we want to see them succeed and find happiness.

Although, there is the highly questionable “love story” angle that gives the relationship that a rather queasy feeling. If there is a weak point to the film then this is it because it’s just plain creepy. The extended cut of the film makes for an especially uncomfortable watch at times as it adds back in several extra scenes in which Matilda essentially tries (unsuccessfully thankfully) to seduce Leon. It’s all just stuff that could have easily been re-written as a surrogate father/daughter relationship and, in my view at least, the film would have been better for it. 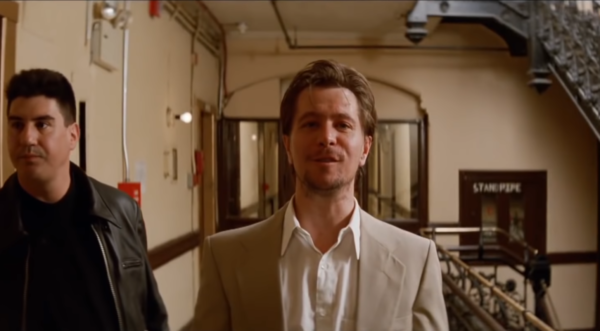 Leon is a fantastic film with rich well-written characters, fantastic performances from Reno, Portman and the terrifying Oldman and, while light on it, delivers some creative low key action set pieces that keep you on the edge. While some (myself included) might be disturbed by the “love story”, I would still recommend this one for those looking for one of the best character-focused action films out there.

Click the button below to continue on to the third page…