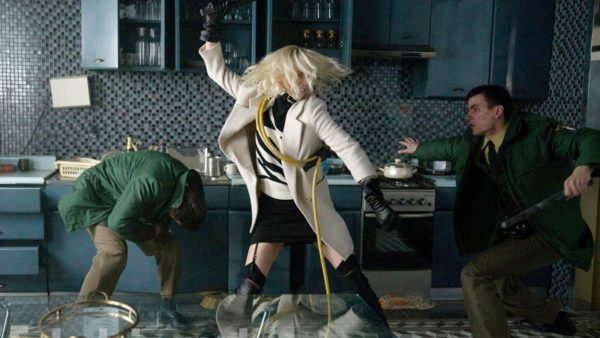 Seeing as I was inspired by this feature by the release of the latest John Wick outing, I feel it’s only appropriate that we cap it by taking a look at a film from one of the directing pair behind the franchise; David Leitch. That film is the comic book based Cold War spy thriller Atomic Blonde.

It’s 1989, and MI6 agent Lorraine Dalton is sent to Berlin to retrieve a list of MI6 operatives that a murdered colleague had in his possession when he was killed. Arriving in the city as the Berlin Wall is on the verge of collapse, Dalton finds herself in a race against time to evade KGB assassins and retrieve the list before it can fall into the wrong hands.

In the lead role we have the ever-versatile Charlize Theron once more displaying that on top of her stellar acting talents, she is more than capable of dishing out some serious action chops that leave everyone in her path battered and bruised beyond belief.

As Dalton, Theron is a seriously cool customer, displaying an icy charm and dry sense of humour that makes the character enigmatic and mysterious but also captivating and alluring. Theron also excels when it comes to the film’s action scenes (more on those later) with the actress displaying that she can hold her own against (and perhaps even exceed) her more seasoned male counterparts. 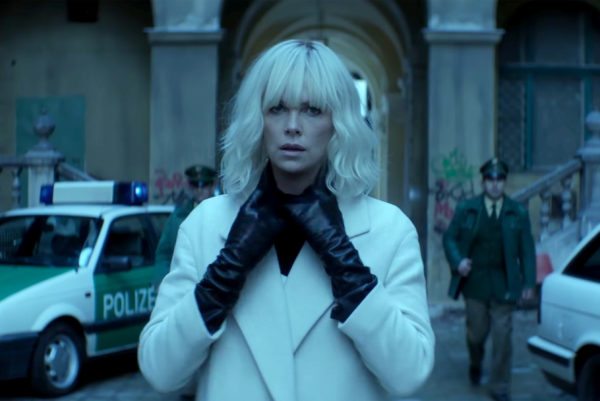 Theron’s fine lead performance is backed up by a terrific supporting cast of reliable faces including James McAvoy, John Goodman, Toby Jones and Sophie Bouella. McAvoy especially shines in a very enjoyable comic relief role as the ever charming and cheeky Percival, a man who never lets his spying ways get in the way of his love for the Berlin nightlife.

Being set in 1989, Atomic Blonde is awash in all kinds of neon-soaked goodness that never ceases to be an all you can eat buffet for the eyes, with the glittering nightclubs of Berlin making for some truly beautiful shots. The stunning visuals are complemented by a soundtrack packed to the gills with classic 80s pop music, ranging from the familiar big hitters like Blue Monday and 99 Luftballoons, to perhaps lesser known (to me at least) tracks like Voices Carry. Quite simply, this film is a gift that keeps on giving if you’re an 80s Cold War nerd like me.

It’s in the action scenes though where the film’s real gold lay and this is where I am forever grateful for directors like David Leitch. Forgoing quick cuts and overly shaky camera moves, Leitch and his talented team of stunt performers focus on giving us tightly edited, clearly and carefully shot fight scenes where Theron’s Dalton dishes out all manner of brutal bone-crunching punishment, often with whatever weapons are on hand. One early highlight has Theron dispatch a squad of bothersome Berlin Bobbies with nothing more than a fire-hose and a set of pots and pans, culminating in a death-defying jump from a ledge with the hose as a makeshift safety rope. It’s exhilarating stuff, to say the least. 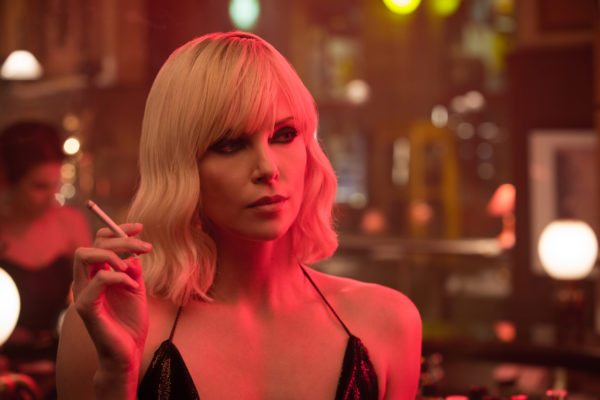 The stand out sequence though is when Theron, alone and protecting a wounded man, takes on a KGB hit squad single handily, with our heroine switching between a barrage of bullets and punches while also using anything and everything she can grab, whether it be a knife or a corkscrew. It’s a brutal and excruciating sequence, cleverly edited together to look like a single take, that leaves Theron (and the viewer) exhausted beyond belief, but in a way that makes it worth every minute.

While the action, performances, music and visuals are all top notch, it’s the story where the film sort of falls on its arse. While the set up is interesting with it being a classic Cold War “find the mole or we’re all in trouble” type tale, it quickly becomes a rather muddled uninteresting affair that is honestly rather forgettable in amongst the glittering neon and bloody fights. Honestly, you’ll more often than not find yourself zoning out in amongst the scenes of Cold War based exposition.

Despite its narrative shortcomings and while some might not find it to be the best of the film’s I’ve spotlighted in this feature, the fine acting, stellar visuals, eclectic soundtrack and fantastic action sequences ensure that Atomic Blonde is still a good bit of furious action-packed fun. Now here’s hoping that we might get a sequel and that its plot is actually worth following. 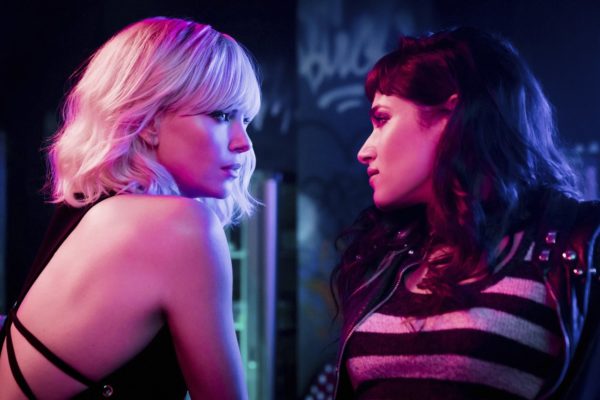 Agree with my choices dear readers (I’m very curious to see what people think of my inclusion of Hanna especially) or did I fail to spotlight your favourite action films? I’d love to know what you all think and I might just be persuaded to spotlight them in the future.