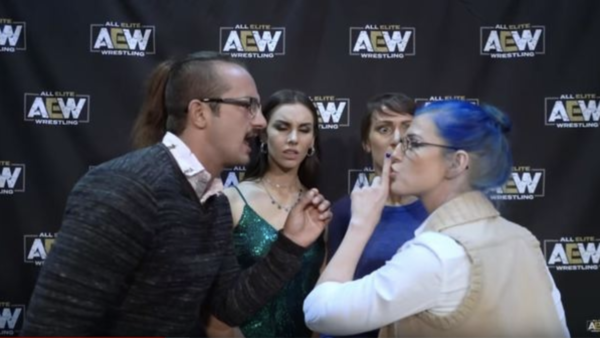 One of the most awkward angles from the weekly AEW YouTube show “Being The Elite” is the Librarian angle. That awkwardness came through at Double or Nothing as well with a questionable exchange backstage. After a few weeks of building up the two as dueling characters fighting for the same gimmick, you’d expect something a little more than a few minutes of shushing.

Leva Bates is a talented wrestler, and seeing her left off the card for a moment like this is a bit saddening. Hopefully, this will pay off well, and Bates will fight Peter Avalon for the role of The Librarian. If not, this will be a shallow angle that doesn’t hurt anyone involved going forward. At least give fans something in the YouTube series if not on TV!

Best: So Many Great Tag Matches 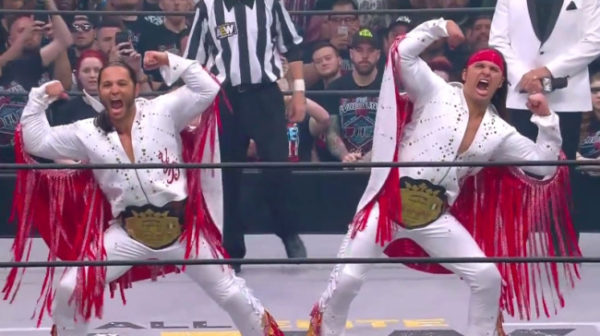 While the Double or Nothing card saw quite a few tag matches throughout the night, none of them disappointed and showcased why tag and trios wrestling is so important. The show started with SCU taking on The Strong Hearts in a standard opener. Even being one of the weaker matches on the card, it still played well for the crowd. Things picked up with the earlier mentioned tag matches with Best Friends/Angélico and Evans and the Joshi 6-women tag match as well.

But none shined quite like The Lucha Bros vs. The Young Bucks. Two of the best teams in the world faced off and left it all out in the ring. The Lucha Bros wanted to reclaim their tag belts from The Bucks, and while Matt and Nick Jackson needed to prove they are still the best in the business right now. Everything worked here, even if the match went on a little too long, and this showcases the outstanding AEW tag-team division. 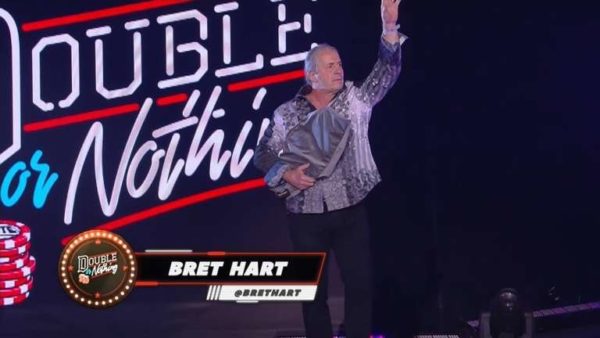 Bret Hart can’t catch a break with live events this year. While nowhere near as dramatic as a fan attacking him at the WWE Hall of Fame earlier this year, Hart’s first outing in AEW wasn’t the best. Fumbling his speech and missing camera cues, Bret Hart wasn’t at the top of his game, but the segment also felt a bit messy.

Having so many other wrestlers come out to stake their claim to the belt took up time, and only really got MJF over in the moment. Hangman Adam Page is most likely the company’s first champion, and he felt like an afterthought here. Let’s not forget they focused so much on the other characters that they forgot to show off the belt. Let’s hope this is the lowest moment for the AEW Championship ever. 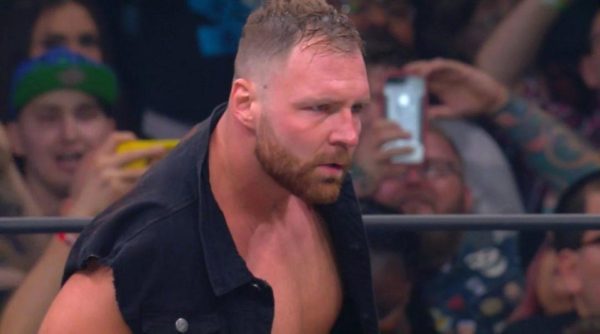 After a stable, but predictable bout between Kenny Omega and Chris Jericho, AEW stunned the wrestling world by showcasing their newest signee of Jon Moxley! Most people connected the dots between the former-Dean Ambrose finally leaving WWE and the start of AEW, but seeing it happen proved to be a real sight to behold. The crowd went wild, and social media exploded with their thoughts on this moment.

Many took this as the first real shot fired from AEW to WWE, but it’s also so much about Jon Moxley enjoying wrestling again. From the last part of his WWE run, Moxley seemingly went through the motions and didn’t give his all. You can see the new fire and energy in him during his run-in during the Double or Nothing main event aftermath. Attacking Chris Jericho is one thing, and proved to pop the crowd. But when he went for Kenny Omega with such anger, many knew this would be the first real important AEW feud.

What did you think of AEW Double or Nothing? Share your thoughts in the comments below or reach out to us at @FlickeringMyth on Twitter and Facebook…