This year marks the 10th anniversary of the hugely successful Minecraft and what better way to celebrate than to unveil Minecraft Earth, a new augmented reality game that will let players build to their heart’s content in the real world.  The game is set to enter closed beta later this summer on Android and iOS AR compatible devices. 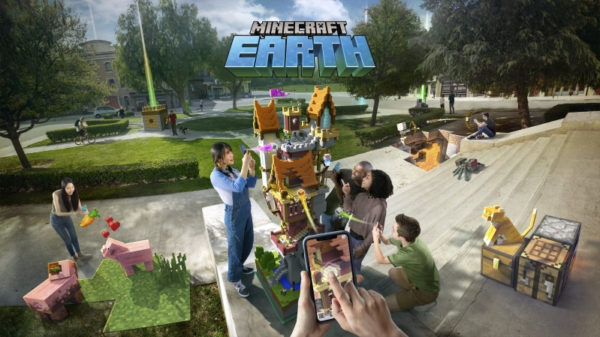 This brand new augmented reality game will add a whole new dimension to the real world by bringing Minecraft into our universe.  Players will be able to build alone or work on a smaller scale with friends and then share their creations with the world while at the same time exploring the creations of others.

Minecraft Earth will feature many types of mobs, some will be old favourites such as the adorable chickens, but there will also be brand new ones introduced.  Some mobs can be colelcted to use in builds but there will be some that will test players’ survival skills in battle.

Anyone wanting to sign up to Minecraft Earth with the chance to take part in the beta later this summer can do so by clicking here.

In this first-ever look at Minecraft Earth, discover how the reality-bending, world-blending abilities of AR bring blocks to life! Armed with just your phone and your creativity, you now have the power to Minecraft your world. Learn how at https://minecraft.net/earth