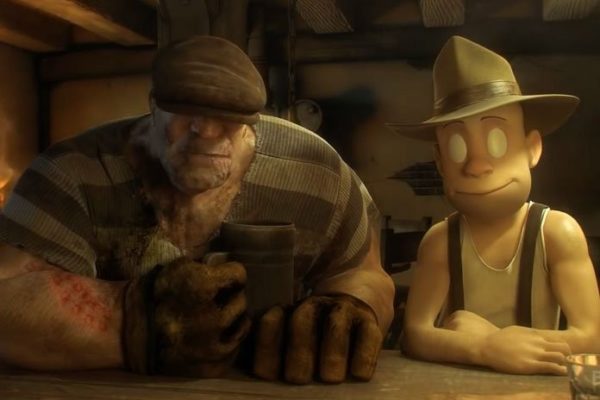 A couple of years ago, Deadpool director Tim Miller teased that an announcement on Blur Studio’s long-planned animated adaptation of Eric Powell’s comic book series The Goon would be coming “soon”, and now we have that update, with the VFX company revealing that the project is now officially in development at 20th Century Fox with The Chernin Group (Red Sparrow, Planet of the Apes).

Posting on the project’s Kickstarter page, which was used to fund an animatic test reel featuring the voices of Clancy Brown and Paul Giamatti, Blur shared the following update:

With your generous contributions, we were able to finish a full storyboard animatic of the film, complete with amazing voice acting, sound design, and music. This template for the film sold the producers and studio on the potential of THE GOON and we’re beginning a new round of development.

So, what exactly does “development” mean? Well, it doesn’t mean that we’re making the movie next week — the proverbial Hollywood “green-light” always happens in phases — but it does mean we’ve got fresh wind in our sails, the resources of a studio and some “heavy-hitter” producers behind us. It’s the next, necessary step along the path to making the film.