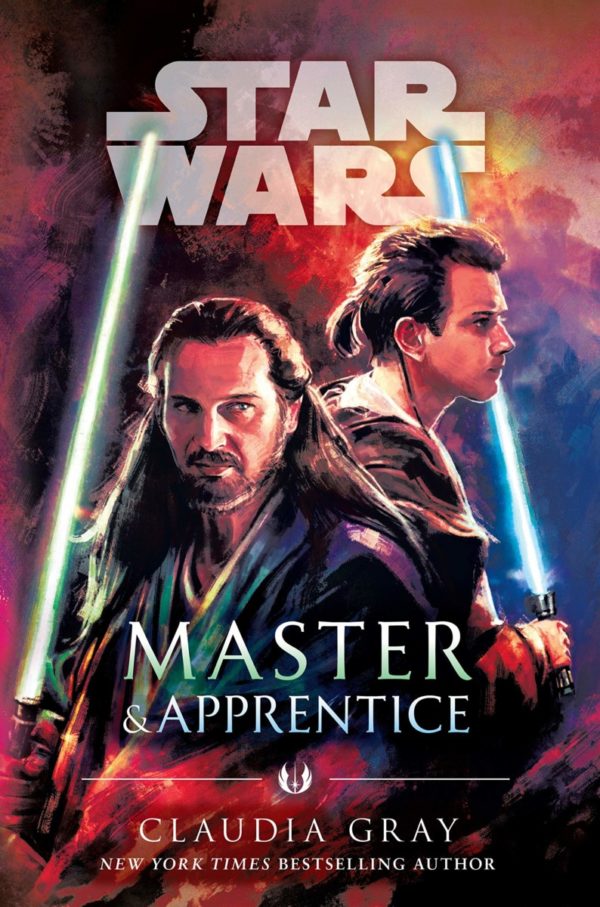 While Star Wars fans hold The Phantom Menace in different levels of regard, one element of George Lucas’ first prequel film most fans agree on is how great Jedi Knight Qui-Gon Jinn was. Obi-Wan’s master, as played by Liam Neeson, was thoughtful, compassionate and one of the most level-headed Jedi Knights in all of the Order. Notably, Qui-Gon actually disagreed with the Jedi Council, Yoda included, on several matters relating to the Order’s future. Despite his standing among fans, however, very little is actually known about Qui-Gon’s past. Star Wars: Bloodline author Claudia Gray returns to the galaxy far, far away with Star Wars: Master & Apprentice and delivers one of the best Star Wars books to come out of the new canon yet. She pulls back the layers on Qui-Gon’s character and makes him more endearing through her writing.

Taking place a few years prior to The Phantom Menace, Qui-Gon and Obi-Wan’s relationship is actually rather tumultuous with both master and apprentice doubting their abilities and actions. Just as Qui-Gon gets a surprise invitation to join the Jedi Council, thereby potentially ending Obi-Wan’s apprenticeship with him, the pair are sent on a mission to the planet Pijal where Rael Averros, Count Dooku’s first apprentice, rules as Lord Regent until their princess comes of age to help prevent a series of terrorist attacks. Unlike some other planets, though, Pijal is ruled just as much by the galactic corporation it houses than it is by its monarchy, causing a great amount of tension within and outside the government. Qui-Gon and Obi-Wan’s mission proves to be much more than it seems, both for the planet and their relationship as it is put to the test in ways they didn’t expect.

The most immediate aspect one notices about Master & Apprentice is just how well Gray captures Qui-Gon’s voice. Even though there’s still some time to go before Phantom Menace, his characterization is perfectly in line with the Jedi we know from the first Episode. Gray goes to great lengths depicting how Qui-Gon came to have so much faith in the flow of the Force. After all, he’s the only Jedi in Phantom Menace to ever refer to the Force as ‘the living Force’ and deeply believe in its will. Gray masterfully displays Qui-Gon’s belief in the Force’s power to the point that he’s an even better character than he already was thanks to her characterization. She also picks up on a lot of little things the prequel film hints at, such as Yoda and Qui-Gon’s tense relationship, the stubbornness of the Jedi Council or how difficult it is for some Masters to take on Padawans right as they hit puberty. The insight Gray gives into Qui-Gon’s relationships and past is the heart of the story and she examines these very well.

Gray also captures Obi-Wan pretty well here. At this time in his apprenticeship he is frustrated by Qui-Gon’s methods and lessons and what the future may hold for him should he switch masters. His frustration and lack of confidence is in stark contrast to who he later becomes but, much like Qui-Gon’s journey, Gray utilizes this well to show why the two make such a great pair. While Qui-Gon is more open to other possibilities and uses of the Force, Obi-Wan is rigid in the Jedi’s principles and manner of doing things. Watching them both find a balance between each other is enormously satisfying thanks to how much Gray invests in their arcs and relationship.

The supporting cast are all great as well. Rael Averross is a pretty interesting addition to the Star Wars lore. Another former padawan of Count Dooku, Rael is everything you wouldn’t expect from a typical Jedi: self-absorbed, womanizing, drinking alcohol and a penchant to follow his own rules within the Order’s. The contrast between Rael and Qui-Gon is pretty interesting, especially as the story continues and Rael’s objectivity is called to question. Rahara Wick and Pax Maripher, a pair of black market jewel merchants, make a fun addition to the story as they get swept up in Qui-Gon and Obi-Wan’s mission. While Rahara is a level-headed and compassionate pilot, Pax is much more of an extremely intelligent, awkward and somewhat selfish individual, yet their pairing also contrasts each other nicely and adds to the plot. Then there is Princess Fanry, the soon-to-be ruler of Pijal who shares some nice moments with the Jedi as a young ruler eager to take care of her planet that fans will enjoy.

Gray moves the story along at a nice pace as she builds up the mystery of who is behind these various attacks. She finds a great balance between the action and the character development by using the plot to ask some tough questions of the characters. Aside from examining whether or not Qui-Gon and Obi-Wan actually make a good team, Grey also asks if the Jedi Order and Republic are possibly not doing enough to curb some of the galaxy’s injustices, namely slavery. As abhorrent as they find the practice, they don’t really do enough to stop it, something Qui-Gon is firmly against and wants to change despite what the other Master believe. Gray also tackles how much power corporations have within the Republic, showing the Trade Federation wasn’t quite the first galactic business to take advantage of the Republic’s systemic issues in governance. She merely shows how much the writing was on the wall for both the Jedi and the Republic decades before they finally fell.

Gray’s characterization of Qui-Gon is Master & Apprentice‘s best aspect. She captures his voice and beliefs so well that any fans of his will become bigger fans then they were already. The relationship between him and Obi-Wan is fleshed out so much that it adds to their brief time together in the film saga, showing despite how vastly different these two operated, they were quite similar. The supporting characters stand out and are memorable while the story itself is fast-paced with a nice mystery and some inventive action sequences. Coupled with the focus on Qui-Gon’s relationship with the Force, Master & Apprentice easily stands as one of the best of the new canon.