Saffron and the women of Serenity are set for a shiny space heist this coming November courtesy of Boom! Studios with the release of the original graphic novel Firefly: The Sting from New York Times bestselling author Delilah S. Dawson (Sparrowhawk) and acclaimed artists Pius Bak (The Magicians: Alice’s Story) and Rodrigo Lorenzo (WWE: Undertaker — Rise of the Deadman). 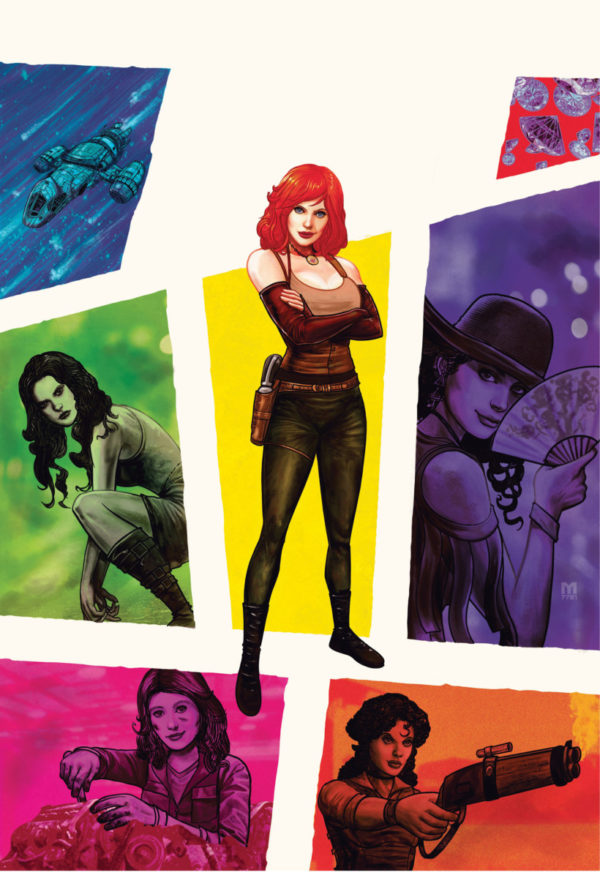 Saffron — the enigmatic rogue who captured the hearts of Firefly fans worldwide, as well as the heart of Captain Malcolm Reynolds — returns to the Serenity. But this time, she’s got no time for Mal, as she’s there to recruit the women of the ship to join her on a heist that has personal stakes for all involved. The cunning grifter joins forces with Zoë, Inara, Kaylee, and River to pull off the greatest theft in all the ‘verse! What could possibly go wrong?

“‘A him gets noticed, a her gets ignored.’ That’s the quote from Ocean’s 8 that really captured my imagination. I love that idea—that women can use our occasional invisibility as a superpower.” said author Delilah S. Dawson. “I’ve been a Firefly fan since I saw Serenity in the theater in 2005 and rushed out to buy the DVD set that night, and it’s been a pure joy cracking open each of these unique, powerful women to see what she desires, what she fears, and how far her loyalty to Mal can stretch. Have you ever wondered what Zoë, Kaylee, Inara, and River would do without a single man in the picture? Thanks to Saffron’s wiles (and threats), you’re about to find out.”

Firefly: The Sting will go on sale in November 2019.