It’s not been that long since World of Warships: Legends sailed onto Xbox One and Playstation 4 but already we have a brand new update (around 1.5gb in size) that brings with it quite a few changes, including flag functionality, major upgrades to ships and more importantly the introduction of campaigns. 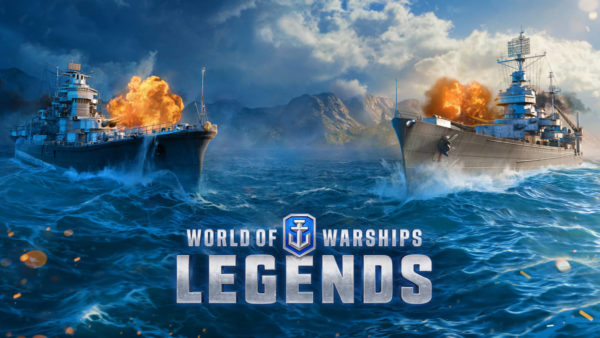 Campaigns in World of Warships: Legends will take the form of a series of progressing tasks that span several weeks with various rewards offered along the way.  There are multiple ways to complete a campaign such as completing the tasks one after the other without help or by acquiring an Admiralty Backing.  An Admiralty Backing is a support system that increases the reward count and value.

The first campaign for World of Warships: Legends will feature the tier VI Premium US cruiser, Atlanta and to get it will require an active Admiralty Backing which costs 2500 Doubloons, however, after two weeks there will be a chain of combat missions that rewards exactly 2500 doubloons. 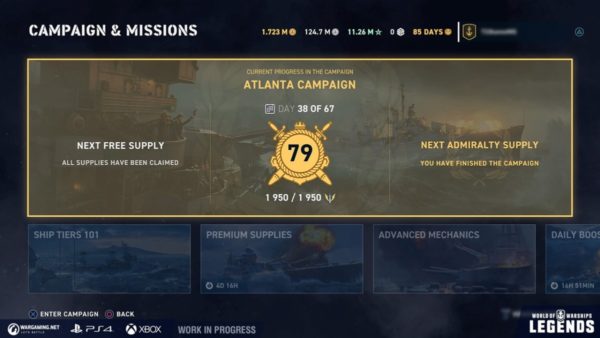 Changes to ship upgrades now mean that there is more choice when it comes to the sequence of upgrades for the ships, players will be able to mount any major upgrade into any slot with a yellow and black border although the experience to do so will still need to be gained first.

Ship captains can now mount any flags they possess on any ship they own rather than the previous specific flags on specific ships.  To select a flag to fly check in the corresponding tab of the ship’s loadout menu. 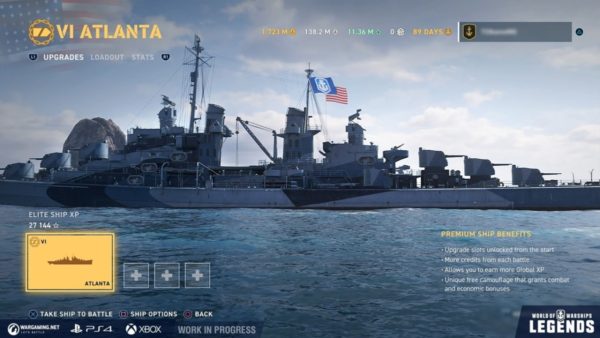 Other changes included in the update are:

What do you think to this update? Sounds good or bad? Leave a comment below or on our Twitter @FMyth_Gaming.