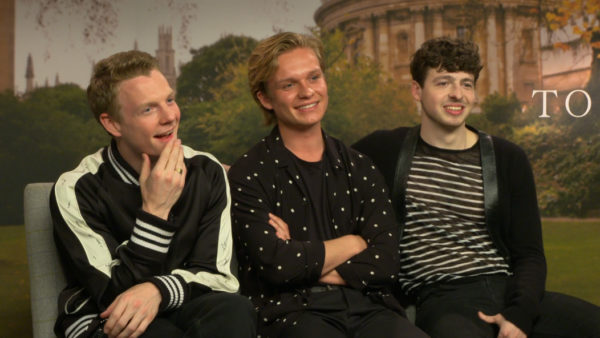 With Peter Jackson’s epic Middle Earth saga now consigned to cinema history, fans of J. R. R. Tolkien may be a little bereft when it comes to the cinema. That’s set to change this week, however, with the release of the new biopic Tolkien, in which Nicholas Hoult portrays the writer during his youth at Oxford University and in the trenches during the First World War.

Three of the actors responsible for making up Tolkien’s band of brothers at Oxford – Patrick Gibson, Tom Glynn-Carney and Anthony Boyle – stopped by in London for a chat with Flickering Myth about everything from camaraderie to drinking and why it’s always a good idea to rugby tackle Nicholas Hoult.

The film explores the formative years of the orphaned author as he finds friendship, love and artistic inspiration among a group of fellow outcasts at school. This takes him into the outbreak of World War I, which threatens to tear the “fellowship” apart. All of these experiences would inspire Tolkien to write his famous Middle-earth novels.