Hot Toys has unveiled its life-size Nano Gauntlet for the Marvel blockbuster sequel Avengers: Endgame along with a 1/4th scale Accessories Collection Series Hulk version of the Nano Gauntlet; check out the promotional images and details below or head on over to Sideshow Collectibles to pre-order… 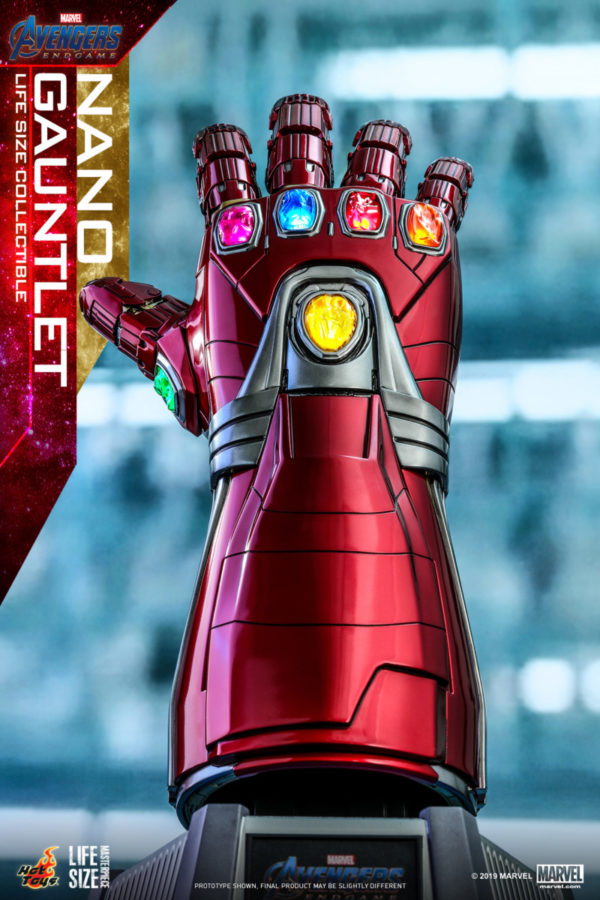 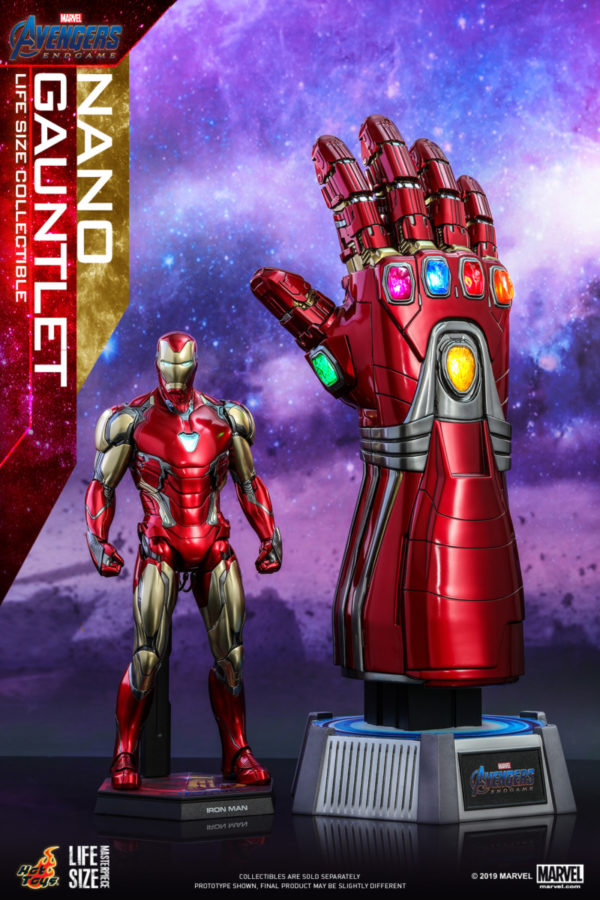 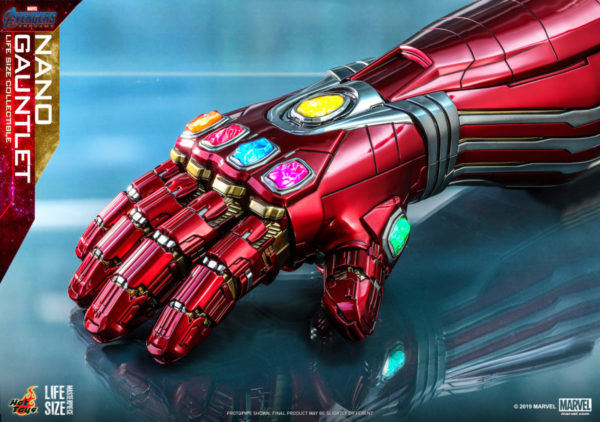 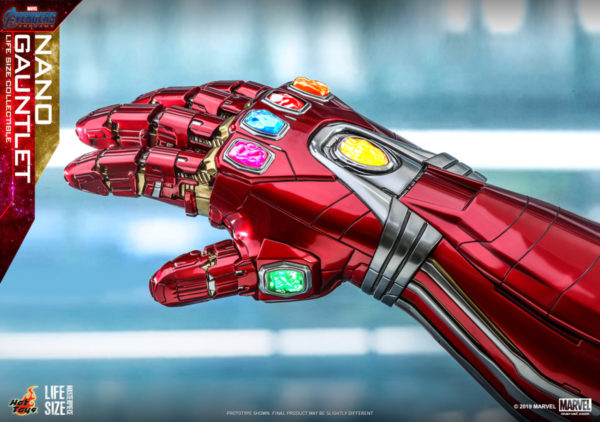 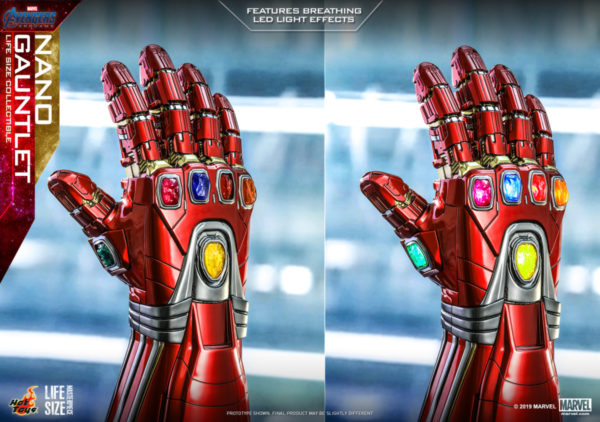 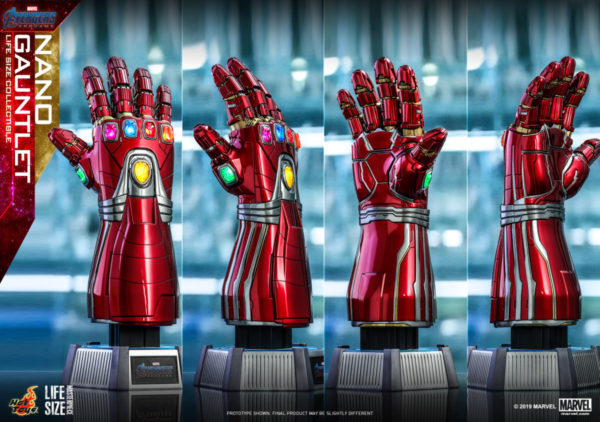 Avengers: Endgame is a stunning finale to a great cinematic journey! After Thanos snapped his fingers and half the population disappeared in the universe, the remaining Avengers have been searching for a way to bring everyone back. Their last hope falls on this Nano Gauntlet, an ultimate weapon that is designed to channel the awesome powers of all Infinity Stones at once.

Recreated with exacting attention to detail, Hot Toys proudly presents today the Nano Gauntlet in its real size and proportion as seen in the latest release by Marvel Studios!

The Life-Size Collectible of this Nano Gauntlet is a faithful reproduction of the iconic gauntlet worn by Iron Man in the final act of Avengers: Endgame. Measuring approximately 52cm overall in height, it features accurate paint scheme with Iron Man armor’s classic red and gold, sophisticated hardware design, six LED light-up Infinity Stones with two lighting modes perfect for display, completed with a custom base that keeps the gauntlet in an upright position. 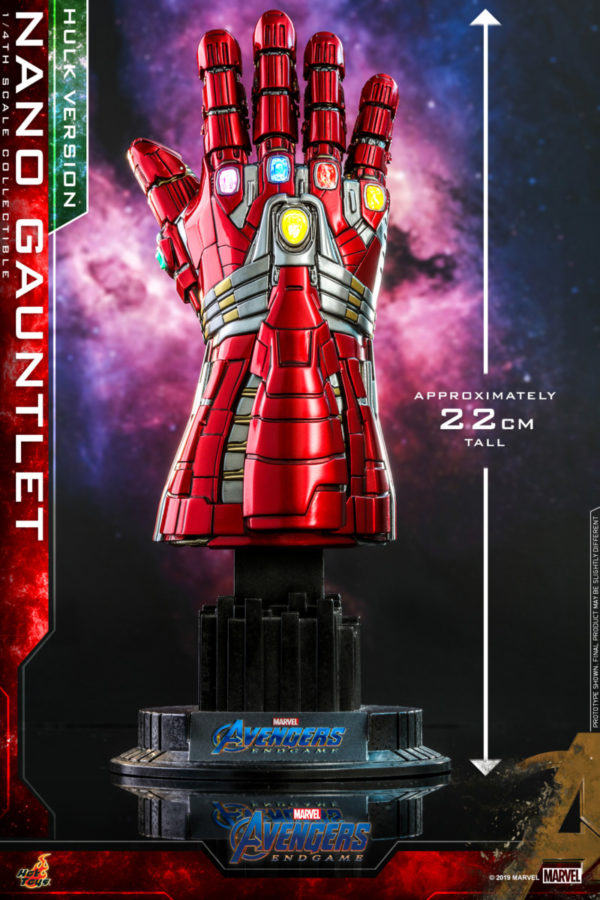 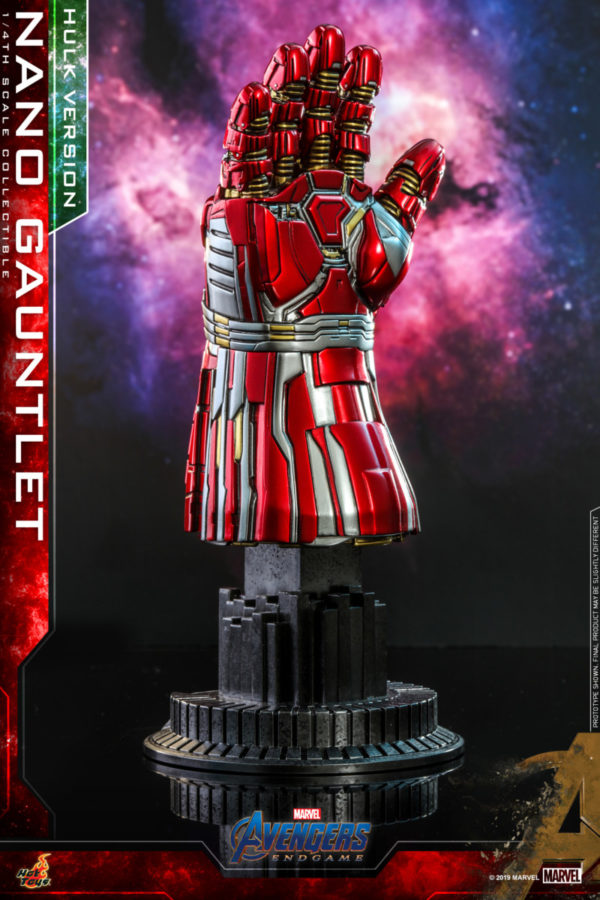 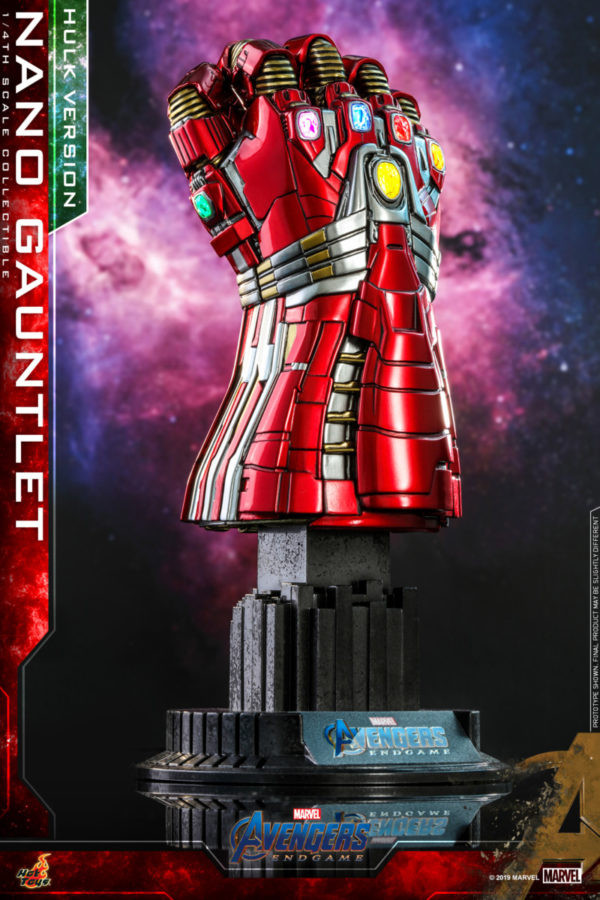 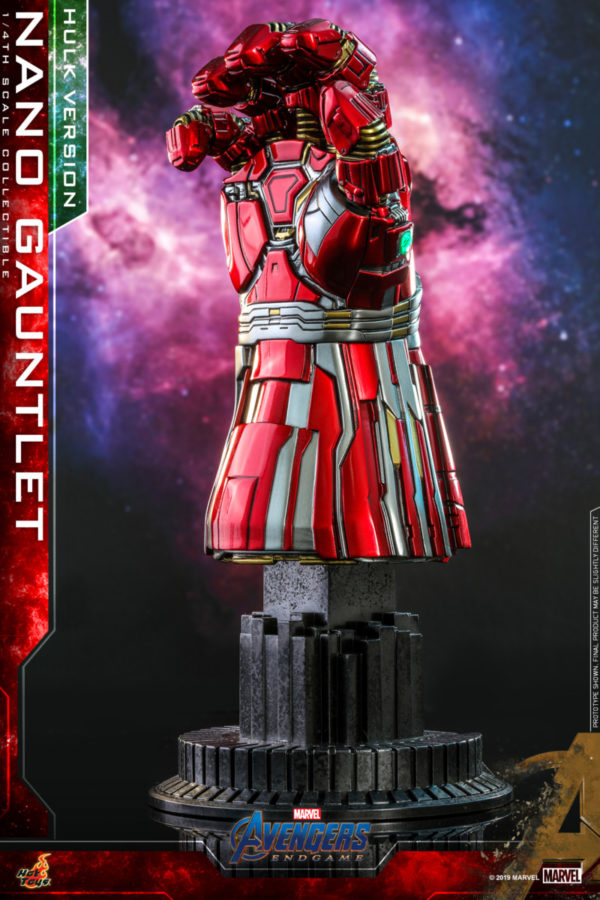 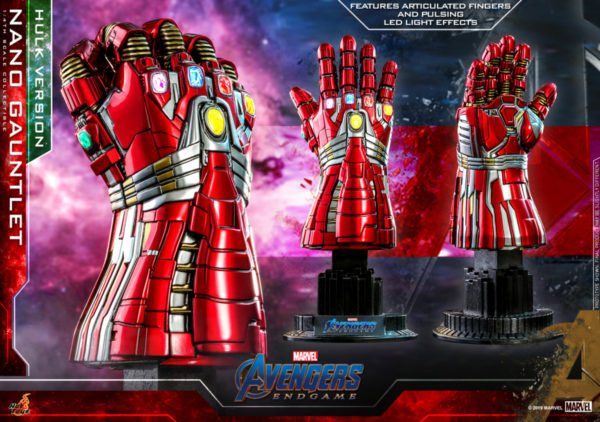 The highly detailed collectible measures approximately 22cm overall features authentic and fine details of the Nano Gauntlet on Hulk’s arm. Six LED light-up Infinity Stones with two lighting modes including solid light effect and pulsing light effect, articulations on individual fingers developed for range of movement and different poses, and a specially designed custom base with movie logo that holds the gauntlet in an upright position.