Netflix has released a poster for Disenchantment Part Two, the second half of the first season of Matt Groening’s animated high fantasy comedy series, which reveals that the show will be making its return to the streaming service on September 20th. 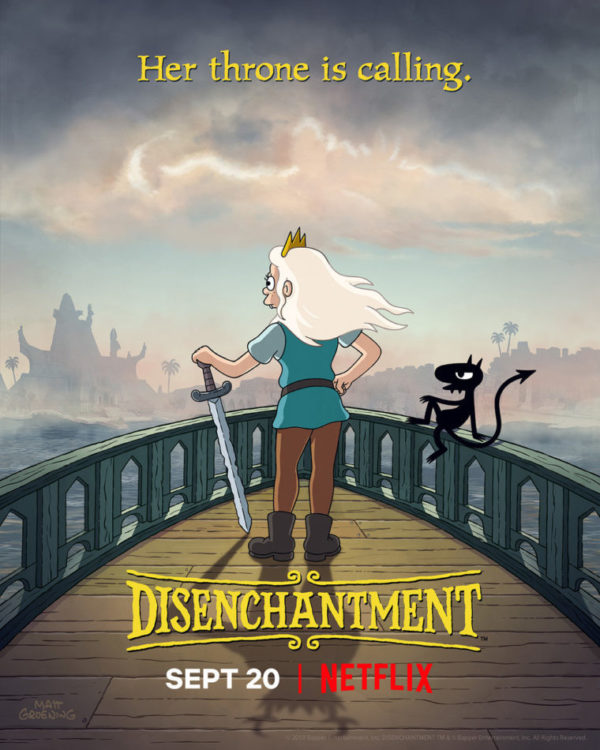 Set in the crumbling medieval kingdom of Dreamland, the show follows the misadventures of hard-drinking young Princess Bean, her feisty elf companion Elfo and her personal demon Luci. Along the way, the oddball trio encounter ogres, sprites, harpies, imps, trolls, walruses, and lots of human fools. 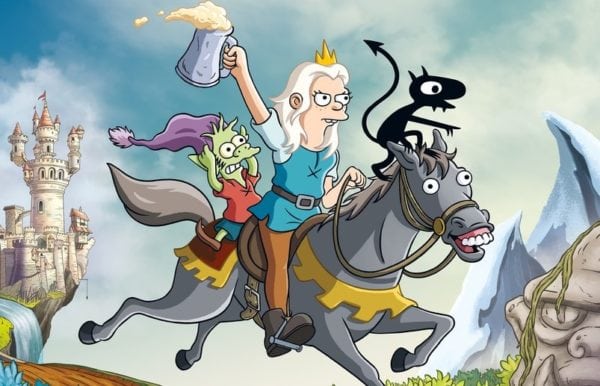