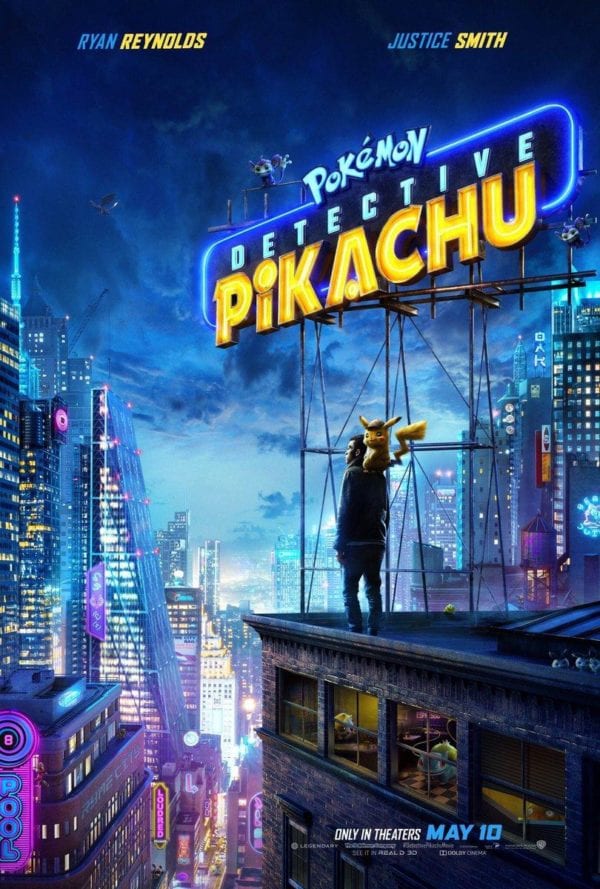 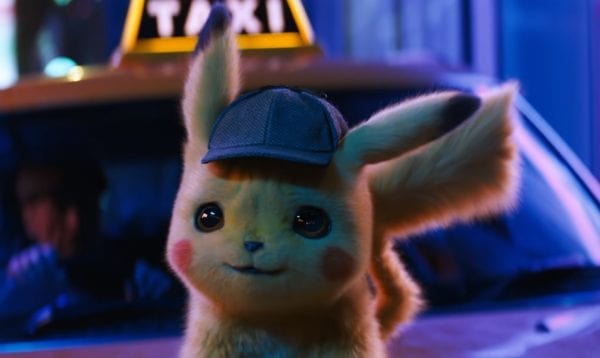 The Pokémon franchise has been around for over 20 years now, but through the many video games and animes it has never had a live-action film until now. Pokémon: Detective Pikachu marks the franchise’s first foray into live-action territory and does so rather well. Though the story is a tad predictable in places, it remains engaging thanks to Ryan Reynolds’ performance as Pikachu as well as how the film keeps itself open to casual Pokémon fans, or even anyone with a basic knowledge about the games, just as much as die-hard fans.

Detective Pikachu doesn’t waste much time jumping right into its concept. The film follows Justice Smith’s Tim as he receives news his detective father died in an accident. However, there may be more to it than that as Tim meets his father’s Pokémon partner Pikachu, a Pokémon Tim can somehow understand and communicate with. The pair set out to discover what really happened to Tim’s father and the mysterious events in Ryme City. It maybe takes a little longer than necessary for Tim and Pikachu to meet, but once they do their chemistry carries the story the whole way. Smith and Reynolds share a nice back-and-forth with each other throughout the film that creates a nice foil for their characters. Their comedic timing is great with several of the jokes landing well. Since most of Smith’s time is spent with a character who is entirely computer generated, he does a pretty good job acting like Pikachu is really there while Reynolds is obviously great as a more funny and snarky take on the franchise’s most well-known Pokémon.

Along with Smith and Reynolds is Kathryn Newton as Lucy, a news intern with a keen eye for a story. Newton’s personality fits right in with the world of Ryme City, giving Lucy an energetic presence that acts as another good foil to Smith’s more down-to-earth portrayal of Tim. Bill Nighy and Ken Watanabe don’t have too much to do in the film, but they do deliver a couple good moments whether it’s through Nighy’s scene chewing or Watanabe’s own Snubbull Pokémon. The rest of the cast don’t have that much to do though and are largely forgettable.

As a mystery film wrapped in a Pokémon story, Detective Pikachu finds humour in some of the classic tropes of a detective story, such as the clandestine meetings, clues strewn around the office or replace the cigarette with caffeine-obsessed detective. One of the film’s most humourous moments is Tim and Pikachu’s interrogation of a Mr. Mime and playing with the traditional good cop/bad cop before going into ‘dark’ territory. However, the story is a bit predictable as it doesn’t take very long to guess who the villain might be or some of the twists that come along the way. Even younger audiences might see a couple of them coming. The third act also isn’t quite as exciting as it could have been, coming across somewhat anti-climactic even though it has some cool moments and imagery. It’s still a fun climax, but just doesn’t reach its own potential.

With a 1 hour and 44 minute runtime, Detective Pikachu does move pretty quickly. The only issue with the film’s beginning is how Tim and Pikachu could have possibly met sooner, but once they do the story moves along at a nice, brisk pace that keeps up the laughs and the mystery going. The film’s humour is appealing to both children and adults, whether it’s through Reynolds’ line delivery or some of the situations they find themselves in. Lucy’s Psyduck has a couple entertaining moments as do some of the other background Pokémon. Another area the film succeeds in is how it doesn’t lean on nostalgia to make it appealing. Given that the majority of Pokémon in the film are from the very first generation, it would have been pretty easy to use nostalgia for the older audience, but it doesn’t make nostalgia the main driving force of the story. Even with the predictable nature of its mystery, it still make the characters the center of the film.

Detective Pikachu also boasts some pretty impressive graphics. Each and every Pokémon are given a great amount of detail, from the fur on Pikachu to Charizard’s scaly skin or Mr. Mime’s expressions, these Pokémon look fairly realistic. Along with a nice colour palette and lighting throughout the film, the imagery makes Detective Pikachu one of the most vibrant films of the year so far.

Though the story is its weakest aspect, Pokémon: Detective Pikachu is an entertaining film for the franchise’s first venture into live-action. The depiction of the Pokémon and their powers are great and the action sequences are entertaining, even with the third act’s flaws. Smith and Reynolds make a nice duo with their comedic chemistry and Newton does a great job of her own to stand out among them. The film’s appeal to die-hard and casual fans make Detective Pikachu a fun time for the family.