New Eden comes under siege in EVE Online on Tuesday 28th May in the new Invasion expansion and to celebrate this huge change in the game’s universe CCP Games has released a brand new cinematic trailer that provides a sneak peak at the action.  Enjoy this trailer below… 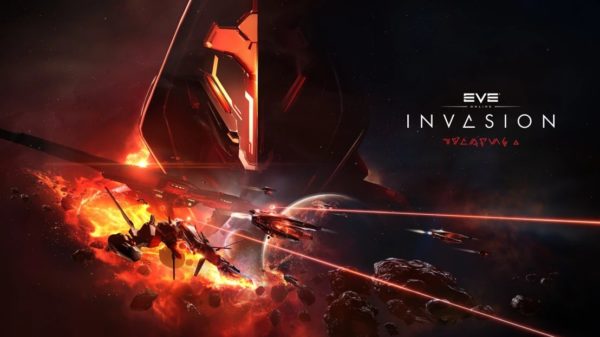 The expansion will also provide further iterations to the War Declaration system that will take into accountthe recent improvements, as well as improvements to The Agency.

“EVE has always been about actions having lasting and meaningful consequences, so with EVE Online: Invasion our goal has been to provide a universe-changing event for our community to experience in familiar space” said Bergur Finnbogason, EVE Online’s Creative Director. “Capsuleers will be defending their territory from a fearsome new sect. We’re incredibly keen to see our players fighting for the star systems they hold dear against an increasingly serious threat unlike anything they’ve ever faced before!”