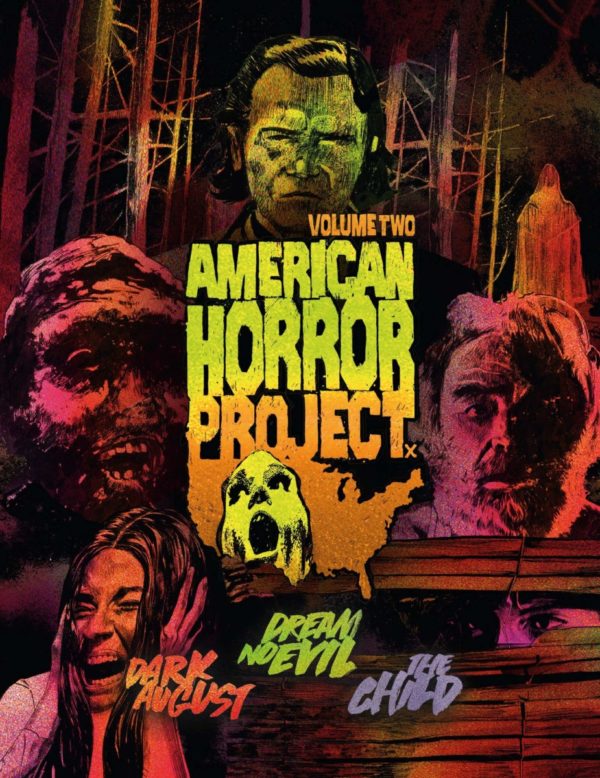 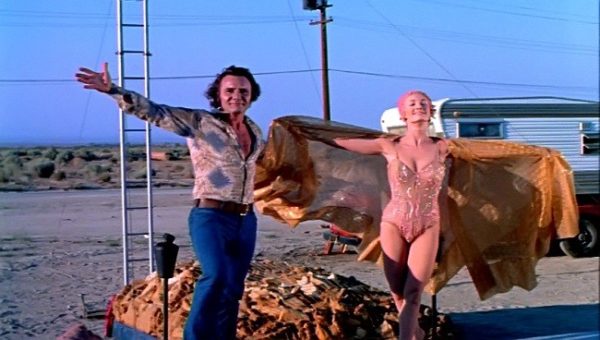 Back in 2016 Arrow Video released American Horror Project Vol. 1, a box set containing three under-the-radar genre titles that may be stretching the definition of ‘forgotten classics’ a bit but the mix of horror and drama along with a 1970s exploitation aesthetic gave the set an air of consistency and authenticity about it, like you were actually unveiling some lost gems rather than bundling together the usual horror culprits from the era.

And three years later Arrow have brought us American Horror Project Vol. 2, a second set of movies with the same set of core values of bringing to light some of the more obscure titles from America during its golden period of horror hits. As before there are three titles to delve into, all of which reflect an era when ideas were plentiful but, sadly, budgets and talent were not.

First up is Dream No Evil, a surreal and dream-like drama about Grace (Brooke Mills – Freaky Friday), a young woman who was adopted from an orphanage at a young age and raised by a family of travelling faith healers. Now an adult Grace spends her life as the assistant to the Reverend Paul Jessie Bundy (Michael Pataki – Rocky IV), the youngest of the two brothers from the faith healing family, whilst being engaged to the other brother, who has left the family ‘business’ and is studying to be a doctor. Grace also has some very serious issues surrounding her ‘father’, and she soon begins to slip into madness as what is real and what is part of her fantasy life begin to blur into one.

Dream No Evil is a very odd film in that the plot is clearly bonkers from the outset and doesn’t get any better as the film goes along. The trippy atmosphere is quite effective and plays into the story well but there is no real payoff at the end, when Grace’s mind has fully unravelled and the violence takes over, that really justifies having to sit through such a slow and nonsensical plot. Everyone seems to be taking it all very seriously – Michael Pataki especially, who probably gives the best performance as the shady faith healer, the most engaging character in the whole film – and it feels like director John Hayes is trying to tap into some sort of Rosemary’s Baby type of vibe but the story is too weak and plot details too random to connect with for much of its running time, and by the time the inevitable explosion of violence comes the impact is less than riveting. More of a mood piece than a full-on horror movie, Dream No Evil will no doubt have its fans but when you consider that this box set is about rediscovering forgotten movies, you have to remember that there is a reason some of these movies were forgotten in the first place. 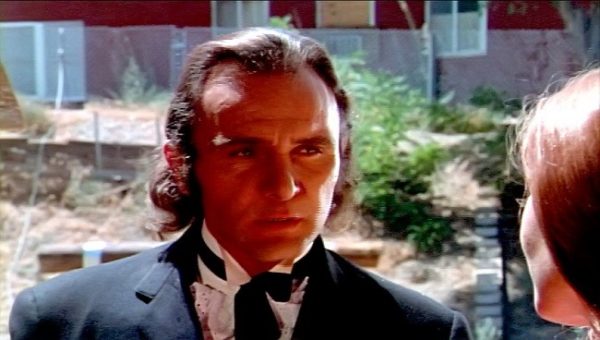 Which brings us onto movie number two and that is Martin Goldman’s Dark August. Filmed in 1974 and released in 1976, Dark August is, on paper, a more straightforward and potentially exciting revenge story with a folk horror edge that stars J.J. Barry (This is Spinal Tap) as Sal Devito, a man who, as well as being permanently encased in double denim, ran down and killed a young girl by accident. Despite being cleared of any criminal charges the girl’s grandfather isn’t quite so forgiving and places a curse on Sal, forcing him to seek help from a spiritualist.

Which all seems a lot more in line with the American horror movie aesthetic that these collections appear to be shedding light upon, and yet for a film with such a promising premise Martin Goldman seems intent on dragging out each scene to the point of tedium, milking any tension or scares it might have and making Dark August a real chore to sit through. J.J. Barry – who also co-wrote the script – is convincing enough as a man trying to put his troubles behind him, and all the other characters are in place to make the most of the story, but there is a severe lack of scares – or anything happening at all – to hold your interest for more than a few minutes in any one go.

The film looks superb, the photography of the Vermont landscapes making a pleasant change from the usual locations, and there is a moody atmosphere that could have been exploited a little more – especially given that Sal sees mysterious cloaked figures spying on him from the woods and there is a heavy occult vibe throughout – but it simply comes down to not a lot actually happens and most of the budget seems to have gone on securing the talents of veteran actress Kim Hunter (A Streetcar Named Desire) instead of paying for a screenwriter to add a bit more meat to the movie’s basic plot.

And so to movie number three, The Child, released in 1977 and directed by Robert Voskanian. Tapping more into straight horror than the other two movies, The Child is a creepy tale about Alicianne Del Mar (Laurel Barnett – Goodnight, Sweet Marilyn) a live-in housekeeper/nanny who has recently taken up employment with the Nordon family in a secluded rural house. The young daughter Rosalie Nordon (Rosalie Cole) is often seen out late at night playing in the local cemetery but her father, along with exhibiting some very strange behaviour himself, doesn’t think anything of it. However, Alicianne becomes increasingly concerned and investigates what Rosalie is getting up to, and what she discovers is not family-friendly fun. 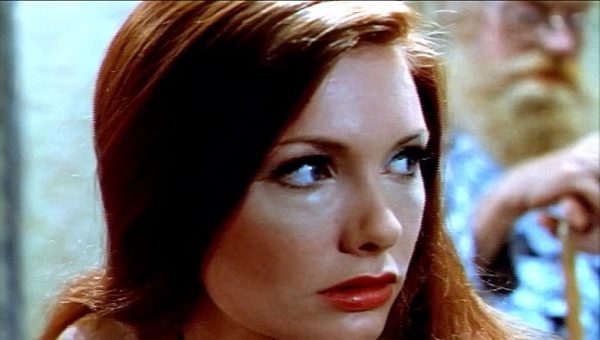 On the surface of it The Child is the lesser of the three movies in this set in terms of production values, technical competence and talent – the cast of this film didn’t really do anything else of note – but it actually ends up being the most watchable film here purely because a) it is a straight horror movie and b) it feels like it belongs in a set that celebrates the underdog and/or the forgotten gem, full of heart and evoking the same under-the-radar feeling that the films in American Horror Project Vol.1 had.

That isn’t to say that The Child is an undiscovered classic but there is plenty here for cult movie enthusiasts to get their teeth into. The story is fairly linear, with a few dream sequences and jumps scares peppered throughout, but the messy direction that takes the plot all over the place actually helps maintain an unhinged atmosphere, with evil children, zombies and some brutal kill scenes that wouldn’t look out of place in a second-tier slasher from the early ‘80s all helping to keep things moving along. The acting is atrocious and does begin to grate very quickly but in a movie where you’re never quite sure where it is going to go, the possibility that these god-awful characters will get killed off in some gruesome manner is too much to pass up, and whilst The Child does have its slow moments it never feels tedious or a drag to sit through, which instantly makes it the best film out of the three in this set.

All three movies are 2K restorations and while they are never going to sparkle like effects-heavy blockbusters they do look fairly clean, although The Child does have lots of pops and crackles imbedded in it but with the blacks now being blacker and combined with the film’s use of shadow, it all adds to the spooky grindhouse flavour. Each movie comes with a video essay by author and American Horror Project co-curator Stephen Thrower that sheds some light on where these movies came from and how they fit into the annals of American cinema, alongside cast and crew interviews and audio commentaries, which are all helpful in contextualising the movies, and in some cases are more entertaining. Overall, American Horror Project Vol. 2 will appeal to collectors thanks to the gorgeous packaging, 60-page booklet and newly commissioned artworks but the choice of films themselves feel like a bit of a letdown considering what was selected for Vol. 1, with only The Child really capturing the essence of what you would expect from another dip into the vaults of American horror from the 1970s. The other two movies aren’t without their charms for devotees but as a whole this box set would be a hard sell if you were basing it on entertainment value alone.