Mebius has announced that their hit side-scrolling shoot ’em up, Rolling Gunner, is now available for the Nintendo Switch via the Nintendo eShop in North America and Europe.  This bullet hell shooter will see players fight to defeat the AI that is intent on destroying humanity. 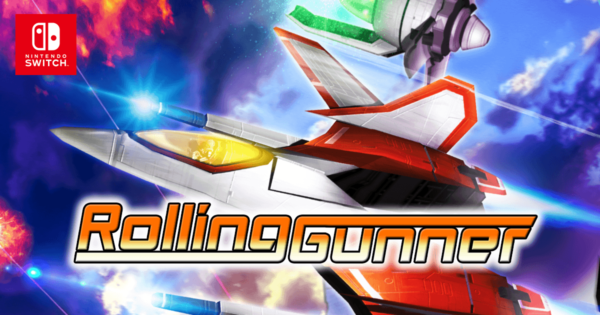 In Rolling Gunner players travel to the year 2061, to a time when a new metallic element has been discovered and a fully automated computer system called BAC has gained intelligence and has turned against humanity.  With humans losing the fight for survival, the Lerman Matsunaga corporation has developed a weapon that can defeat this AI tyrant and the fate of humanity lays in the hands of a RF-42R STORK pilot.

Players will need to fight their way through 6 hellish stages where they will face an almost never-ending stream of enemies interspersed with huge bosses that fill the screen.  To take on these enemies, pilots will be able to choose from three different STORK ships, each with unique attributes and firing patterns.

Rolling Gunner is available now on the Nintendo eShop.