Hasbro’s classic, tactical board game, Battleship, is coming to the Nintendo Switch on the 24th July thanks to Marmalade Game Studio.  This family favourite tactical deduction game will allow players to enjoy the classic game mode and a brand new mode designed specifically for the digital adaptation. 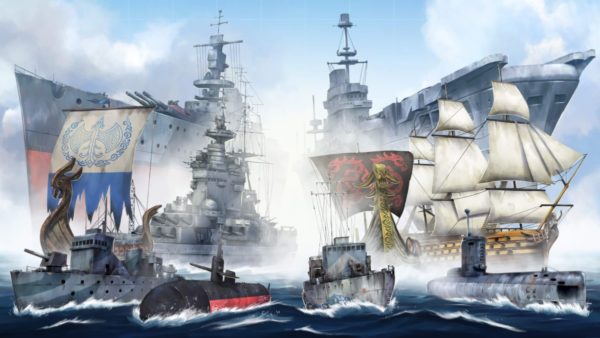 Alongside the classic game mode will be the new Commanders mode.  This mode will allow commanders to utilise new abilities such as placing a mine, using sonar or bombarding the enemy with airstrikes and torpedoes.  Battleship will also feature unlockable commanders and locations that have been inspired by historical battles and mythological naval battles, including Euryleia, the Amazonian Commander and Colossus Bay.

The Nintendo Switch edition of the game will support single player mode, online multiplayer and local multiplayer with the help of the Battle Grid companion app available for free on Android and iOS devices.

Rich Cleveland, VP of Marketing, Digital Media for Hasbro Gaming, said “Marmalade Game Studio has reimagined BATTLESHIP while staying faithful to the original and we look forward to seeing this iconic game come to life in a unique way on Nintendo Switch.”

“We love to take classic board games and enhance them with new features which are only possible in a digital game. We’re very proud of what BATTLESHIP has become and it makes an excellent second addition to the collection we are creating on Nintendo Switch following the success of our first release CLUE / CLUEDO in 2018.” Said, Cristina Mereuta, COO of Marmalade Game Studio.

Battleship will arrive on the Nintendo eShop on 24th July and will be available to pre-order with a 10% discount on 10th July.