Ultimate Games has announced the release of their futuristic platformer, Scrap, on the Nintendo Switch.  Take the role of a little robot as it bounces its way through 33 levels to escape the factory.  Check out the mechanical hero in the trailer below… 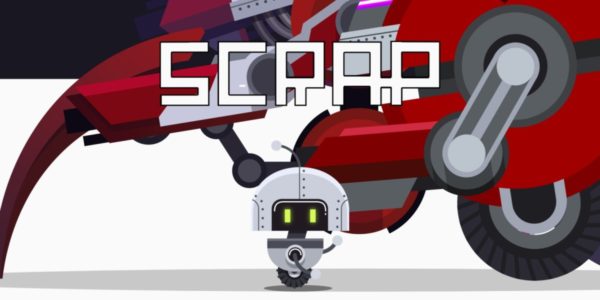 In Scrap players will guide our robotic hero through 33 different levels set over 3 different worlds.  There are also 11 extra levels coming soon.

Unlike other platforms, our hero is unable to stop going forward and so players will need to jump and avoid the numerous hazards that the level contains.  As players progress they will be rewarded with power ups at various levels and should you get really stuck there are also small tips that can help.

“SCRAP is a proposition for players who like arcade challenges in a climate graphics and music setting. The assumptions of the gameplay are not complicated, but it does not mean that the game is very simple. The degree of difficulty and speed of our hero grow together with the player’s progress. Completion of further levels can be quite a demanding task” says the game’s developer, Paweł Kozakowski.

With very polished graphics, a cute looking robotic hero and an original soundtrack, Scrap is one to look up on the Nintendo eShop.