It’s time for Warface fans to head to the Red Planet as the new Mars Update arrives on PC.  This latest update brings a new co-op campaign that will see players face enemy troops with drastically changed gameplay.  See more in the trailer below… 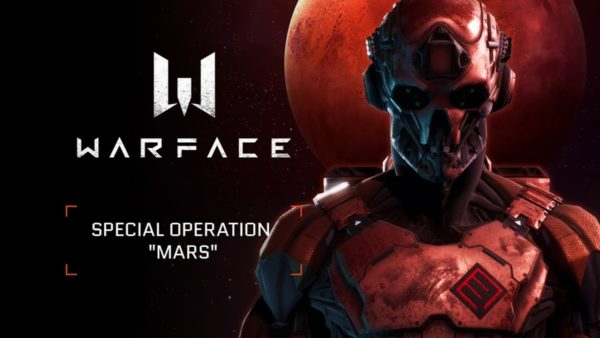 For the first time, the Mars Update allows players to tackle the new mission as SEDs, humanoid robots with modular weapons called Arcus.  Using these modular weapons will require players to monitor the blaster battery and prevent it from overheating but will provide three different firing modes: automatic assault, tactical semi-automatic and a special mode for use when facing dangerous enemies.  No matter how powerful the weapon, the key to success in the new mission is a well-coordinated team and adopting a strategic approach to the game.

The update will also introduce a new assortment of extremely dangerous bosses, including heavy mining droids Antaeus-6 firing machine guns, Martian SED-2 and a huge boss larger than anything the game has seen before.

Finally, with Mars being a different planet to Earth there will be a modified gravity that will affect movement and stealth based weapons.

The Mars Update is available now on PC.