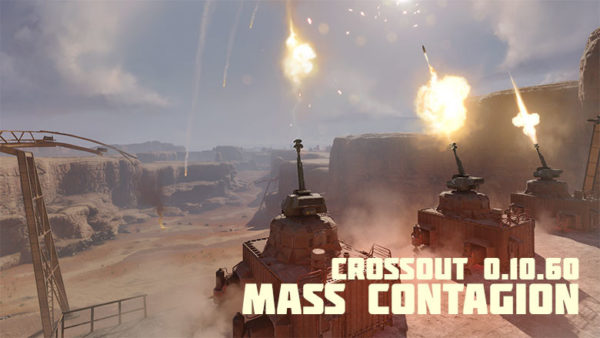 Two of the new story missions will continue the campaign introduced in the last update and finally provide a conclusion to the mystery of the memories of Wasteland dwellers being erased with an epic battle.  The other three new missions are all part of the new ‘Return to Colosseum’ campaign which will see players take part in a dangerous sport and challenging the champion of the colosseum in combat.

This update also introduces a new event celebrating the second anniversary of the game being in Open Beta.  Until 4th July, players can take part in the ‘Another Year in The Wastelands’ event, providing the chance to gain special cosmetic items, including firework launchers or decorative decals for their vehicles.

Until 14th July, players will also be able to purchase the Horsemen of the Apocalypse: Famine pack.  This pack includes the exclusive Famine Machine vehicle, a new garage layout, thematic stickers, decals and paint jobs for all vehicles.

This update and vehicle pack are available now.