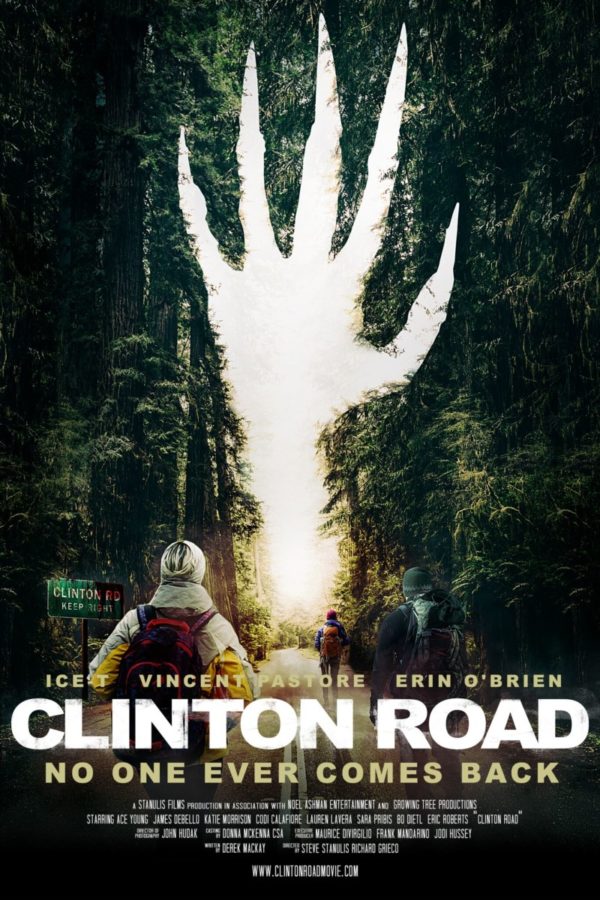 Michael is a man searching for answers about his presumed dead lover. He ventures with a sketchy group of people to the haunted location where she went missing. Things go wrong, and it’s a classic cautionary tale of leaving some mysteries alone.

“Based on a true story” is something you see in countless horror movies. Even when it stretches the truth, it still serves as a reliable way of grounding your film in some reality.

Clinton Road is another film that uses the gimmick, but it does help that the real-life equivalent to this road does come with some unusual baggage. The spooky highway in New Jersey is known for strange stories involving everything from ghosts, creatures, to even the Ku Klux Klan. Many natives to the area grew up with the stories, passing them on to friends and family. It likely factor into why this feels so familiar to many.

You feel like you are entering a movie with a fairly fleshed out world. For a smaller horror movie, Clinton Road does back some big ideas. It tries to tell a relatively simple story but throws all the odd hauntings involving the real road to add extra scares. The film never feels like anything more than a schlocky low-budget horror outing, and there’s nothing wrong with that. There’s a place in horror for a movie like Clinton Road, and it more than earns that place. Sadly, it never goes the extra mile of insanity in hopes to transcend to a cult movie.

Michael (Ace Young) is our lead, and we begin our story one year after the loss of his wife on the infamous Clinton Road. A friend reaches out as a means to help him gain some closure about the accident.

Michael meets up a group of people at a local bar ran by a club owner (Vincent Pastore) and RJ (Ice-T), where the plot of the film is laid out very clearly for the viewers. Among the group of friends is a sketchy new love interest Kayla, equally weird Begory, unlikable Tyler, and the missing Jessica’s sister Isabella. This group plans to venture to Clinton Road and use Begory’s medium ability to contact Jessica.

Tyler is the character that instantly feels like the character who should be leading the film. He’s the one that’s turned off by all the awkwardness of the situation. Script-wise, he feels more like our conduit than Michael does. Actor Cody Calafiore works through the unlikeable qualities of his characters to make Tyler the only person you end up caring about the entire time. Even James DeBello takes a ridiculous role and brings something more out of it. Charming through that wonky eye, DeBello makes Begory the must-see character once we venture onto Clinton Road for Michael.

Speaking of him, Michael is sadly the weakest of the bunch, and viewers are supposed to attach themselves to him. Spending any extra time with the character feels like a chore, and it never feels like he’s the one to carry the film. Again, it feels more like an issue with the script than a problem with the acting, but Ace Young doesn’t elevate his material as the others do.

The overall aesthetic of the film is where the “low-budget” in this low budget horror feels most apparent. Clinton Road comes off more like a parody film than I think intended and honestly could’ve benefited from a bit more self-awareness. At times, the movie is far too real for something that obviously in need of some levity.

Unsurprisingly, Ice-T is the one who “gets it” the most as he camps it up anytime he’s on screen. Also, the reigning king of indie movies Eric Roberts shows up to here to give Clinton Road the stamp of approval. The best part? He’s cameoing as himself hanging out at some local nightclub. Those are the little moments where the movie’s tone doesn’t add up and leans towards “wtf” territory. A few more of those bizarre moments can easily allow a viewer to look beyond any issues on the production side.

A lot of the glaring technical issues make the film a little harder to praise. The mixing of the sound sticks out like a sore thumb; the score interrupts the scenes with its loudness, and it sometimes takes away from dialogue as well as tension. Even when it isn’t too loud for the movie, the music is so on-the-nose and tries to get you to feel something that isn’t there. It’s screaming at you how to feel instead of just allowing you to make any judgments on your own. 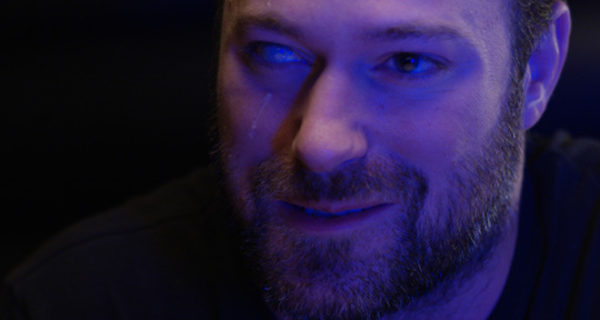 Clinton Road avoids many bumps along the way to make for a quick, fun independent horror movie. It’s not going to shake things up, but it doesn’t fall into the similar issues that plenty of its peers do. Adding in a little bit more campiness could’ve allowed you to forget the mistake, think of it as the John Waters rule. Sadly, Clinton Road doesn’t go for the low-budget indie horror “full monty” and doesn’t reach that next needed level. Still, there are worse horror roads you could venture down.