Kite Games and Assemble Entertainment have released a new trailer for their hit game S.W.I.N.E. HD Remaster.  The Rabbit Army, in response to the recent the National Pig Army’s recent public recruitment efforts, is now trying out their own method of recruitment.  Check out the recruitment video below… 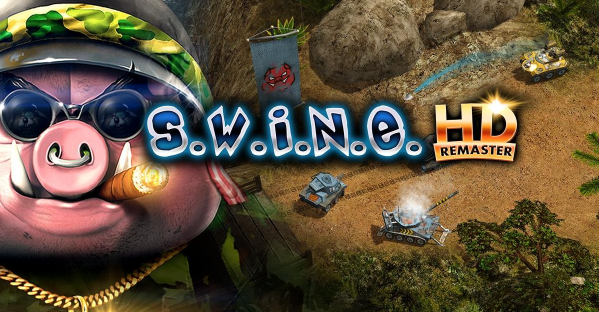 S.W.I.N.E. HD Remaster provides a number of improvements and visual enhancements over the original game, including an improved unit ordering for smoother gameplay and a much more polished user interface.  There’s also the original 2001 S.W.I.N.E. soundtrack, an artbook with previously unreleased concept art and a developer documentary that talks about the development of the remaster.

In this strategy title, players will be able to fight in challenging battles on the sides of both the Rabbits and Pigs using various tanks, scout vehicles, artillery, rocket launchers and air support.  The game features an extensive single player campaign and a furious multiplayer mode.

S.W.I.N.E. HD Remaster is the new edition of the challenging classic strategy game S.W.I.N.E.! 18 years after the release of the original, the filthiest of all wars between the Rabbit and the Pig armies will inspire both new and old fans of sophisticated real-time strategy with completely revised textures, support for todays resolutions, detailed unit models, a 16:9 adapted interface and an extended zoom.